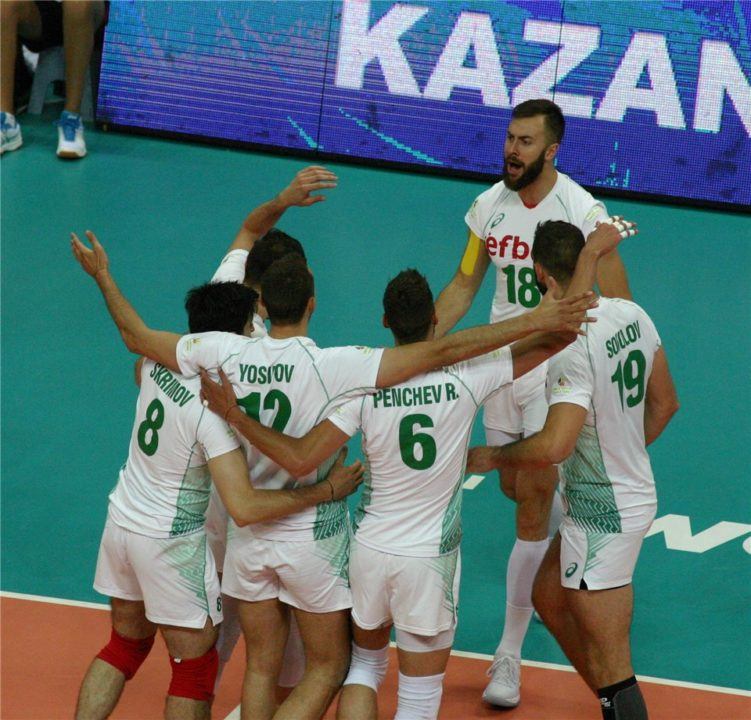 France got another sweep to move to 3-0 for the tournament (along with 9-1 in total sets), while Bulgaria came back from an 0-2 hole to beat Russia in five sets. Current Photo via FIVB

France got another sweep to move to 3-0 for the tournament (along with 9-1 in total sets), while Bulgaria came back from an 0-2 hole to beat Russia in five sets.

France remained the dominant team in pool C1, crushing Argentina in straight sets to push to 3-0 to wrap up this round of pool play.

Argentina went with a rounded lineup, playing 12 men, but only getting 11 points from Cristian Poglajen. Argentina was outblocked two-to-one (10-5) and outserved 7-1 in the blowout, though they did commit two less errors than France.

In one of the most dramatic matches so far, Bulgaria looked all but dead before sparking to life and beating Russia to keep from falling to 0-3.

Russia went up two sets on a blowout 25-15 second set. But Bulgaria slowly ground their way back. First it was a 25-22 win in the third, then a tension-fraught 27-25 win in fourth set to send things to a shocking fifth set.

The decider was back-and-forth, dead even most of the way, but Bulgaria’s momentum was too much to overcome as they won 15-13 for their first win of the tournament. They now sit tied with Russia and Argentina at 1-2 in pool play, though they’re still fourth in the pool in points.