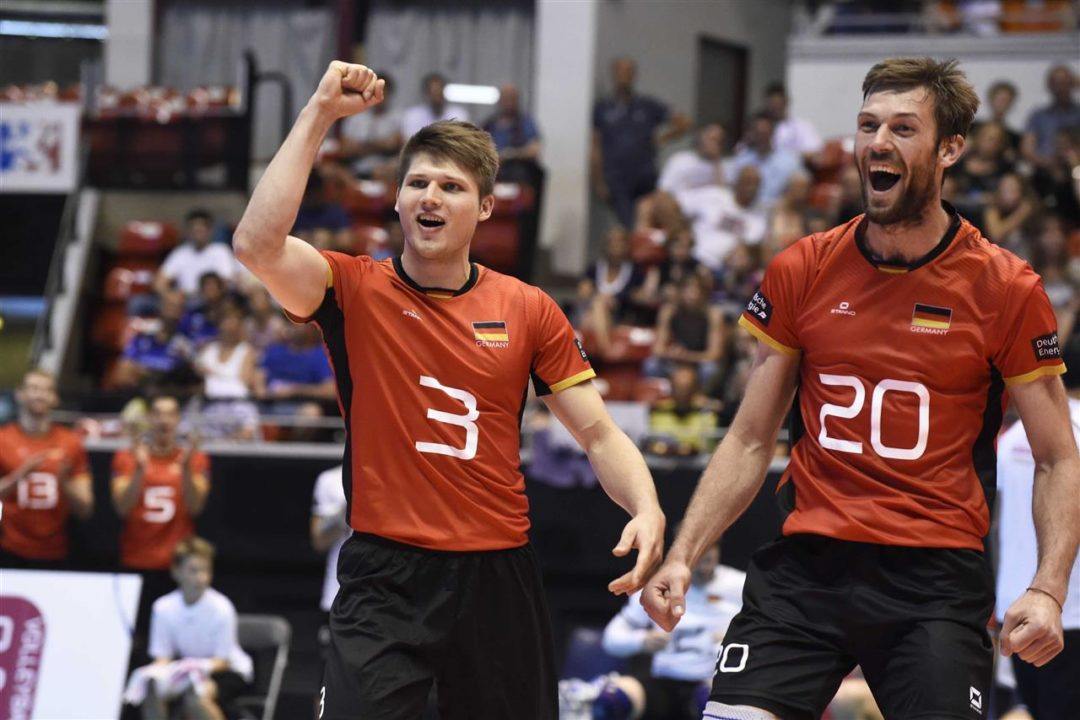 The final four squads for Group 3 of the World League have been set, as they will begin final four play in Leon, Mexico starting on June 17.  Current Photo via FIVB

The final four squads for Group 3 of the World League have been set, as they will begin final four play in Leon, Mexico starting on June 17. Germany, Spain and Estonia secured their spots in the finals as the top-three teams in the Group 3 lot, while the fourth entrant, Mexico, earned their bid via their hosting duties.

Germany secured their spot in the final four after defeating Mexico in straight sets in week two. Spain took down Austria in week two, earning their spot in Mexico while allowing Estonia to qualify for their first ever Group 3 final four.

In the second week of play, Estonia turned up an undefeated 3-0 record. Germany, Spain and Mexico all lined up Pool F3 in week two. Germany and Spain each lost one match in the pool, Germany to Austria while Germany took down Spain. Mexico was unable to escape the pool with a win, posting a 0-3 record on the weekend.

Spain will have the opportunity to redeem themselves after their second-week loss to Germany as the two squads face off in the semifinals. Estonia will try to keep their hot streak alive as they take on Mexico, who finished ninth in the final Group 3 rankings.

The finals will take place on June 18 with the winners of the semifinals matches squaring off for the title.

Germany will turn to their points leader, Simon Hirsch in the final four. Hirsch has posted 87 points so far in the tournament, with 65 kills, 12 blocks and 10 service aces. Christian Fromm will also play a big role for the German team as a consistent output for the team with 65 points. The German’s will have to combat past Andres J. Villena who led the Spaniards throughout the tournament, accumulating 89 points with 77 kills, seven blocks and five service aces.

Estonia’s Robert Taht will look to guide the team to a spot in the finals, as the team’s point’s leader with 74. Mexico’s Jorge Barajas has led the team in their ninth place finish with 84 points, including 77 kills, four blocks and three service aces.