Inside the Emotions: USA vs. Serbia, #FIVBMensWCH Bronze Medal Match 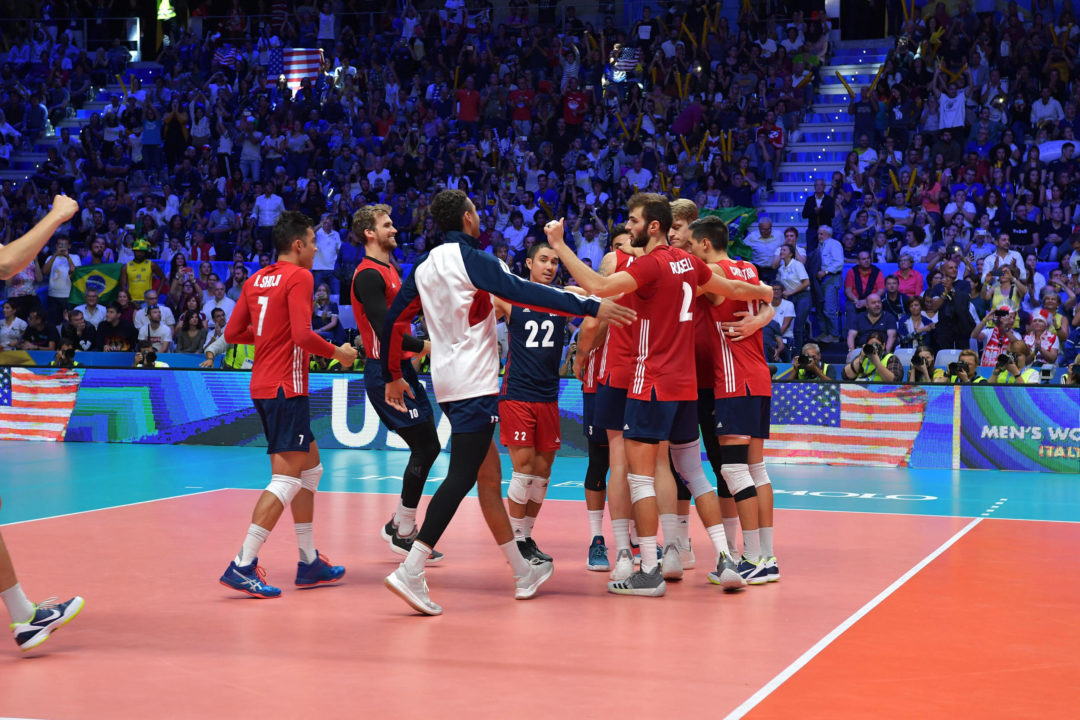 The thrill of victory and the agony of defeat were on full display as the FIVB followed both the USA men and Serbia before, during and after Sunday's bronze medal match.  Current Photo via FIVB

The thrill of victory and the agony of defeat were on full display in the FIVB video below, following both teams before, during and after the match.

Here’s a short video showing the true emotions & behind the scenes of the celebrations during the Runner-up match between USA 🇺🇸 & Serbia 🇷🇸. We hope you enjoy this short clip of that fine day in Turin where the best of #Volleyball was celebrated! #FIVBMensWCH #VolleyballWCHs pic.twitter.com/IenLIr5HTb

“It was hard to play again after losing the semifinal,” USA opposite Micah Christenson said. “We thank the Italian crowd for supporting us. It was a beautiful Final Six, despite Saturday’s disappointment.”

Despite losing out on a medal, Serbia was pleased with their progress.

“I’m very proud of what we did: it was a long journey, from Bari to Varna to Turin, and we have nothing to blame ourselves for,” Serbian outside Uros Kovacevic said. “We knew USA is a great team, and today they were the best.”

Matt Anderson was dominant for the USA in the victory, racking up a match-high 29 points (23 kills, 4 aces, 2 blocks), while three other players added double-digit efforts.

Serbia was led by Drazen Luburic‘s 12 points, although he only started the final stanza.