Sell-out crowds showed up for each of Italy's three second-round matches, which saw them go 2-1 and advance to the Final 6. Archive Photo via FIVB

As the stakes jumped in the 2nd round of action at the 2018 FIVB Men’s Volleyball World Championship tournament, so to did attendances.

In Italy, at least.

While matches involving Bulgaria drew decent crowds (7250, 8400, and 5500 against Iran, United States, and Canada, respectively) in the capital Sofia, matches without them drew just 583 fans. Pool H in Varna was even worse before the win-and-in match for Poland against Serbia on the final day drew 1,020 fans to bring its average up.

Italy, meanwhile, drew basically sell-out crowds for all 3 of its matches in Assago, averaging 12,757 fans-per-match. 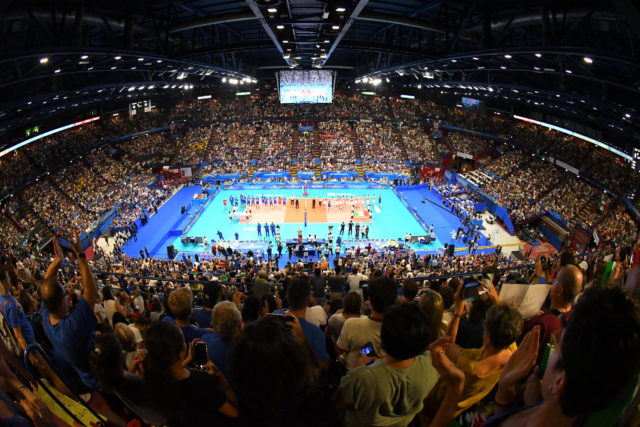 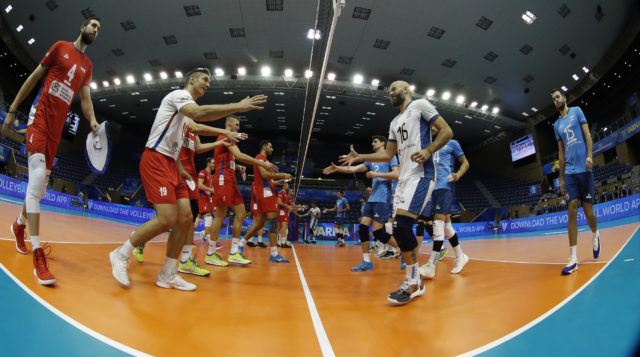 By contrast, only 1 match in Varna, Bulgaria drew more than 1000 spectators. Courtesy: FIVB

Italy will finish out the tournament as hosts, with the Final 6, semifinals, and finals all being played in Turin at the Pala Alpitour, which seats 15,807. Bulgaria did not advance.

The tournament in total has drawn 280,337 fans so far, according to official attendance numbers. With 10 matches remaining, even a Final 6 sellout wouldn’t be enough to come close to the 563,263 fans that turned out in Poland for the 2014 Championship; even if we discredit the 61,500 that attended the tournament-opening match at the Warsaw National Football  Stadium, Poland will still draw far more fans than the combination of Italy and Bulgaria: the first-ever tournament co-hosts.