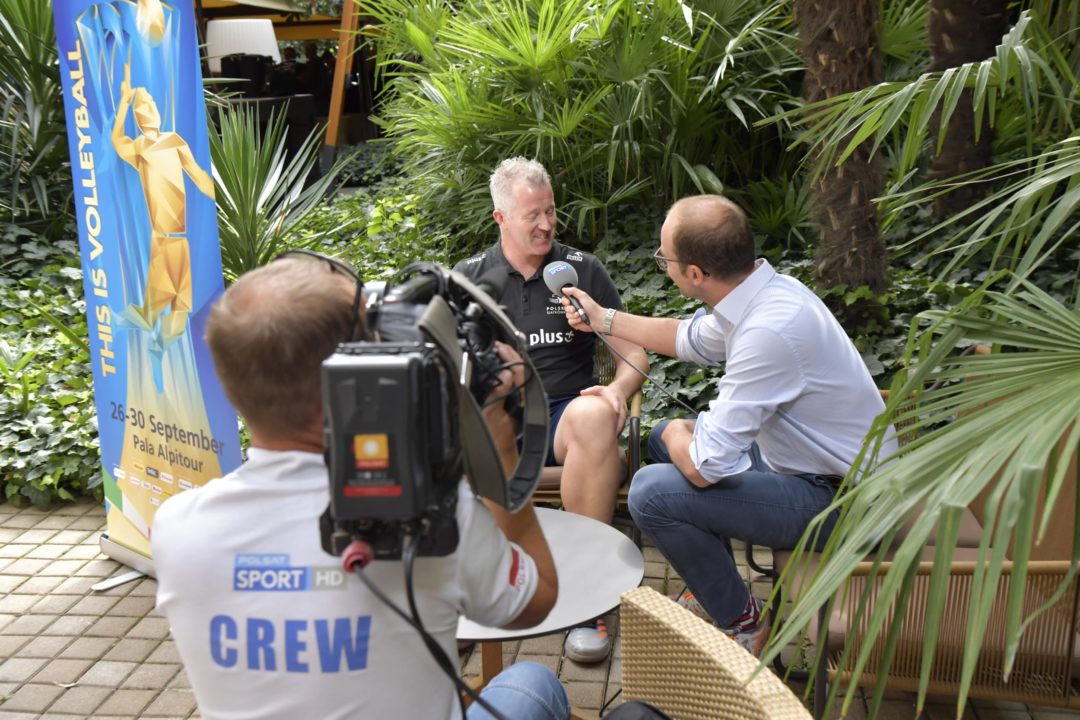 The always-entertaining and outspoken Vital Heynen, head coach of the Poland Men’s National Volleyball team, has come up with another gem... Current

The always-entertaining and outspoken Vital Heynen, head coach of the Poland Men’s National Volleyball team, has come up with another gem at the final media session before the Final 6 of the 2018 FIVB Men’s Volleyball World Championship.

The Belgian native has led his team through a delicate balancing act at the World Championships. When captain Michal Kubiak has been available, the team has been unbeatable. When Kubiak has been on the bench, Poland hasn’t won. The team has faced a string of unfortunate and unlucky events, including complaints of food poisoning at their opening round hotel, some illness that has impacted several members of the team, and having to take cabs around Varna instead of a team transport.

And yet, in spite of it all, they’re back in the Final 6 at the World Championships with an opportunity to defend their title from 2014.

Other Quotes from Final 6 Coaches Before Play Begins Wednesday:

The penultimate stage of the tournament begins on Wednesday in Turin, Italy, where Brazil will play Russia at 17:00, and Italy will play Serbia at 21:15 (local time).