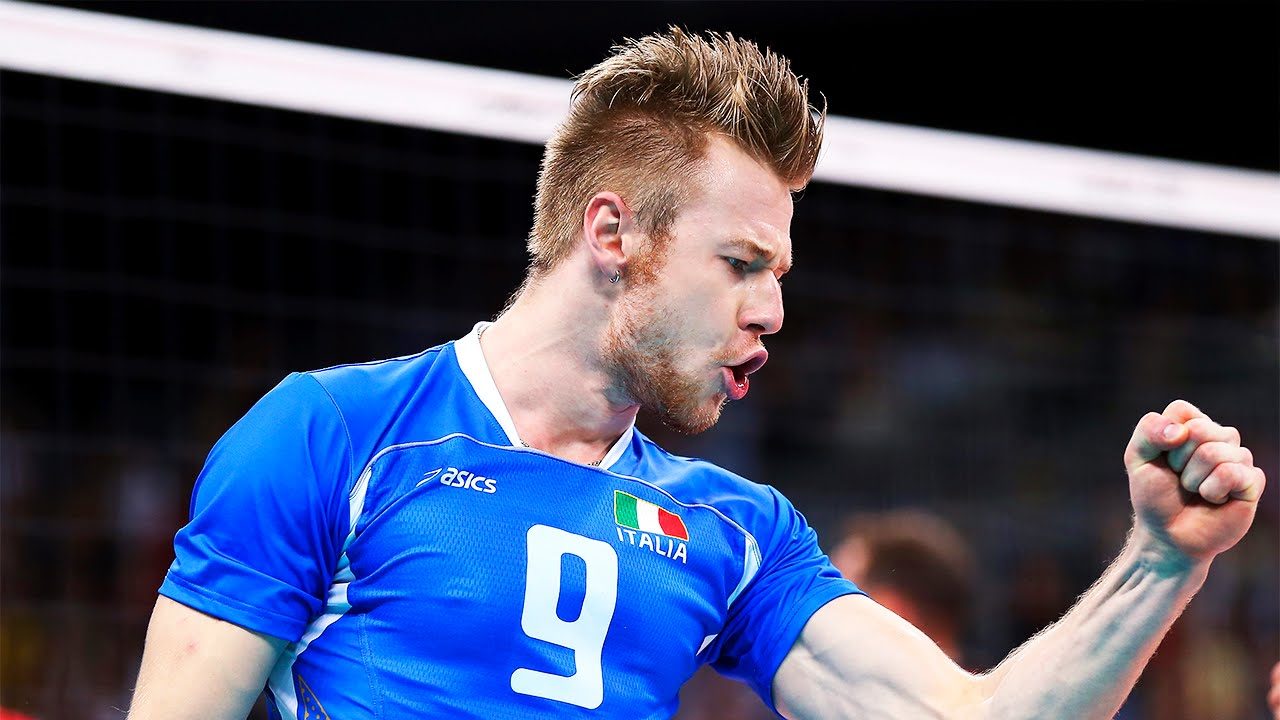 Ivan Zaytsev (above) and Osmany Juantorena will bring some of the punch back to the Italian lineup this summer, though there are still key absences from the Blue. Archive Photo via FIVB

After advancing to the gold medal match of the 2016 Summer Olympics, where they lost to the hosts Brazil and a hoard of 10,000 one-sided fans, the Italian men’s volleyball national team fell off the face of the proverbial earth in 2017. Playing without 3 of their superstars, Ivan Zaytsev, Osmany Juantorena, and captain Emanuele Birarelli, Italy won just 2 games in the 2017 World League for a last place finish and finished just 5th at the 2017 European Championships. FIVB folding the World League tournament and replacing it with the Nation’s League may have been the only salvation for Italy’s top tier in international volleyball.

In 2018, the team will regain some of its stars but lose others for the FIVB Nation’s League, a precursor to the 2018 World Championships at the end of the summer. Both Zaytsev and Juantorena are on Italy’s preliminary roster of 26 for the World League, though the 37-year old Birarelli is not.

Also missing from consideration for the Nations League is the absence of 27-year old opposite Luca Vettori, the best spiker of the 2013 European Championship. Vettori struggled with Trentino in the 2017-2018 season, scoring just 212 kills in 92 sets played (2.30 kills/set). A season prior, he had 348 kills in 101 sets (3.45 kills/set), for a 50% higher scoring rate. His absence is being described as a ‘professional decision.’

Besides Barelli, Simone Buti isn’t on this year’s Nations League roster. He was the captain last year in Birarelli’s absence, which means the leader’s jersey is up for grabs. Matteo Piano is also out with an injury and ensuing operation on his Achilles tendon.

Among the new faces will be middle blocker Simone Anzani, who won silver with Italy at the 2015 World Cup (albeit in a limited role), Simone Parodi, who has been absent from the team for 4 years, and libero Salvatore Rossini, who played a specialists role on the 2016 Olympic team but wasn’t on last year’s rosters.

Newcomers to the team include opposite Andrea Argenta from Modena, and middle blockers Enrico Diamantini from Ravenna and Alberto Polo from Padua, who are making their National Team selection debuts. The 22-year old Polo (204cm, 6’8″) ranked 7th among middle blockers in Italy’s SerieA this season with 50 blocks.

“The invitations made are obviously aimed at the Volleyball Nations League, but the focus of our attention for the 2018 season is aimed at the World Championships that we will play at home,” Italian head coach Gianlorenzo Blengini says. “We have a challenge, players are weary, playing in national championship and that’s why the most tired and weary players of the season that is about to end and the players will be engaged only in the fiirst edition of a new event that appears quite challenging.

“At the same time, however,” continues Blengini “the Volleyball Nations League will be a good test, a challenge, I would call it, for all those athletes who fall into the rotation with their eye on winning places on the team for the World Championship. I refer to some return to the roster that occurred both for the objective qualities of the individual boys, and for what emerged from the performances expressed. Our goal in the Volleyball Nations League will be to win as many games as possible despite the calendars not allowing much preparation.”

Italy’s full 26-player roster is below, as well as the 13-player U-23 roster that will be preparing for the Mediterranean Games scheduled in Tarragona, Italy from June 22nd to July 1st. Italy will begin play on May 25th in Serbia, where they will open with Germany before facing an Olympic rematch with Brazil on May 26th. Italy will also host a juggernaut pool from June 22nd-24th in Modena, when they host the United States, Russia, and France.

Italy will have until May 15th to whittle their roster to 21, and then 2 days before each of 5 weeks of play, they will have to choose 14 players for that weekend’s matches.

Italian Roster for the 2018 Mediterranean Games