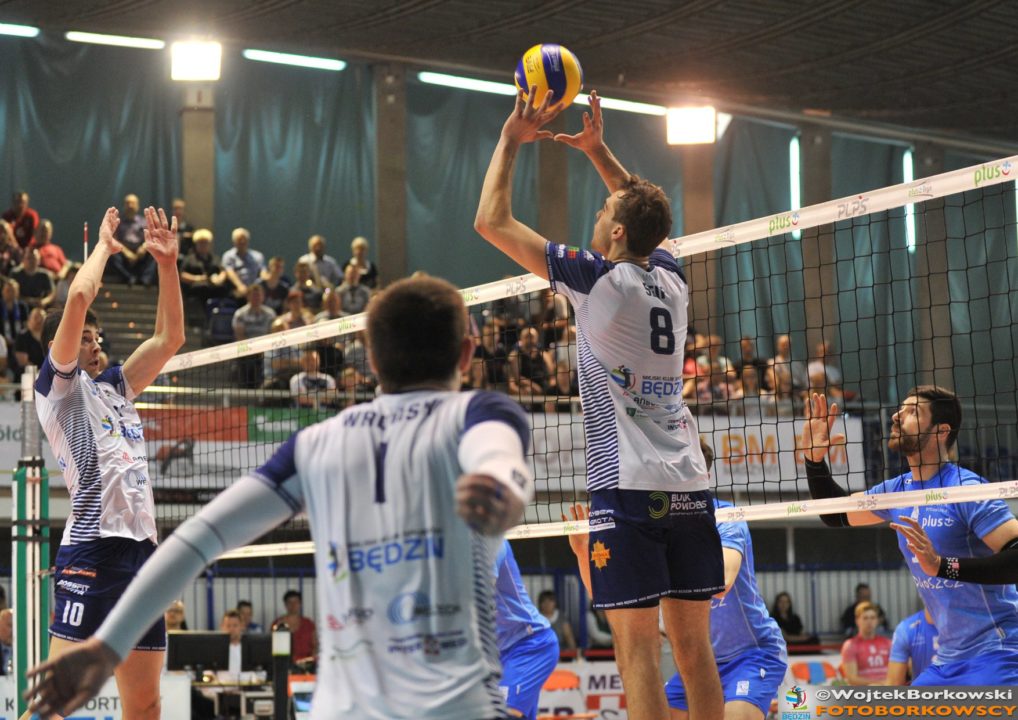 Jonah Seif will be on his way to Perugia in Italy. He will be taking the role of backing up Luciano DeCecco from James Shaw.  Current Photo via MKS Bedzin

Jonah Seif found himself in a bit of a precarious situation when his contract was not renewed with MKS Będzin. While he was the starting setter, the team did not have the most successful of seasons. They finished the regular season in 13th place and beat Łuczniczka Bydgoszcz 2-0 in a best-of-3 playoff series for the right to remain in the PlusLiga. Since the end of the season they decided not to renew the contracts of Waliński, Zlatan Jordanow, and Jan Klobucar in addition to Seif.

Being let go was a mere roadblock in Seif’s career. On June 11, 2018 Sir Safety Perugia announced him as their latest addition to the team. He will come in to be the backup to Luciano DeCecco. Perugia is looking to fill a void left by James Shaw who will stay in the United States year to complete his education according to Perugia’s sports director, Stefano Recine.

Recine also said they were searching for a setter, “who had the same technical and physical characteristics that we consider it optimal to be able to support Luciano De Cecco.”  He further stated, “Seif has a great service, is good at the (block), is a great guy, and an exemplary professional. We are happy with his arrival as a team because we believe that it can represent an important tactical change and that can guarantee a lot of quality even in training sessions.”

Seif has been training with the United States National Team this summer. He was named to the 21-man roster for the Volleyball Nations League. Seif was included on the 14-man roster that traveled to China for the first weekend of the competition and was used as a substitute the victories against Argentina, Bulgaria, and China.

Perugia is coming off of their most successful year ever as a club. They won the Coppa Italia and the Italian SuperLega. In addition to their domestic success, they also won the bronze medal at the CEV Champions League. They making some pretty drastic changes in their lineup as they look to defend their titles. Ivan Zaytsev and Simone Anzani have both left for Modena. Aaron Russell is expected to leave due to a limit on foreign players. Perugia has brought in Wilfredo Leon and Filippo Lanza to fill the duties on the left side while Aleksandar Atanasijevic continues his roll as opposite.