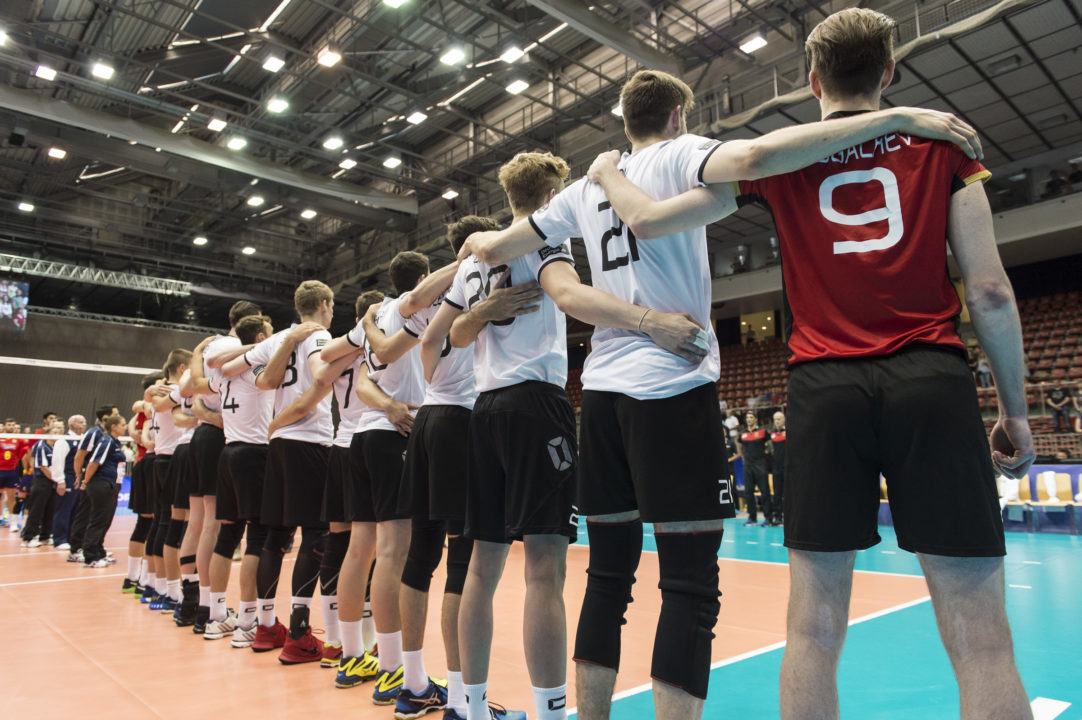 Germany and Spain are taking each other on in a rematch in the semifinals of the FIVB World League in Group 3 action. Current Photo via FIVB

Germany and Spain are taking each other on in a rematch in the semifinals of the FIVB World League in Group 3 action. Germany took down Spain in Pool F3 last weekend in a straight set match, with Spain standing no chance against the German front.

Simon Hirsch of Germany is leading the team in points with 87, hitting double-digits in all scoring areas with 65 kills, 12 blocks and 10 aces. The German squad led the pack with 15 points, along with a 5-1 overall record.

Spain will be looking for redemption in the semifinal match, being ranked second in Group 3, with a 5-1 record, but one point behind Germany with 14, giving them the second point rank. Andres J. Villena has 89 points for the Spaniard team including 77 kills, seven blocks and five aces.

Germany vs. Spain starts at 6 PM ET in the U.S. and can be seen live here: