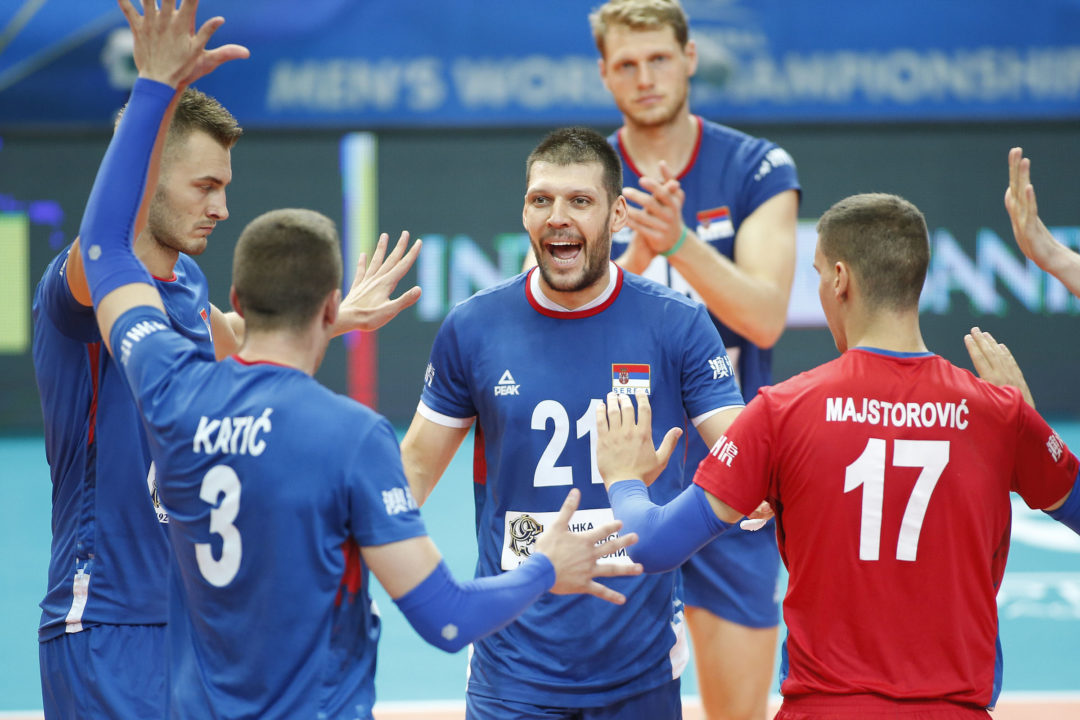 Serbia bounced back from a five-set loss to the United States with a sweep of Cameroon on Day 2 of Pool C play.

After not getting much action against the United States, opposite Drazen Luburic notched a match-high 19 points with 15 kills and a team-best four aces, guiding the Serbians to victory. Outside Nemanja Petric added 12 points (9 kills, 2 blocks, 1 ace). Outside Milan Katic chipped in eight points with six kills, a block and an ace, despite playing as a substitute in the first two sets before cracking the starting lineup for Set 3. Middle blockers Petar Krsmanovic (8) and Srecko Lisinac (7) rounded out the scoring. Wednesday’s top scorer outside Uros Kovacevic did not play in the match, while opposite Aleksandar Atanasijevic saw brief action as a substitute.

Outside Nathan Wounembaina led the way for Cameroon, turning in 13 points on 10 kills, two blocks and ace. Wednesday’s leading scorer opposite David Patrick Feughouo was next on the team with six points, all on kills, while substitute opposite Yvan Arthur Kody notched five points on four kills and a block. Eleven players saw action for Cameroon.

Luburic poured in nine points in Set 1 and six more in Set 2, while Katic did the heavy lifting in Set 3 with seven points.