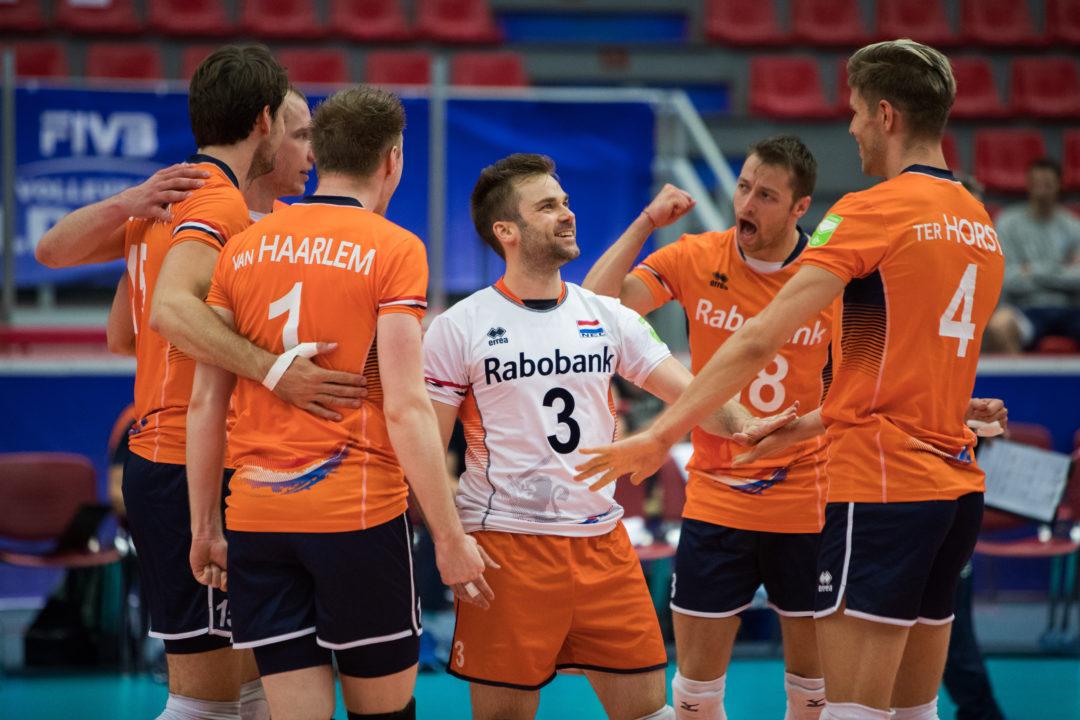 The Netherlands were able to keep a perfect record in the second round of Pool F2 of the World League.  Current Photo via FIVB

The Netherlands were able to keep a perfect record in the second round of Pool F2 of the World League. The team didn’t have an easy path to victory but were able to fight their way to the undefeated record. The Czech Republic swept their final match of the weekend to take second place in the pool.

The Netherlands capped off their perfect weekend with a five-set win over Egypt. The Egyptian squad came out on top in the first two sets of the match, but the Netherlands quickly recovered in the third and fourth sets to set the match into a fifth and deciding set. In that final set, the Dutch team came out on top 15-10 to take the victory.

Wouter Ter Maat led the Dutch team with 25 points, four of which were aces, while Thijs Ter Horst put down 17 points.

For the losing team, Abd Elhalim Mohamed Abou put down 14 points in the losing effort with nine kills and five blocks.

The Czech team finished their weekend with a sweep over Portugal to come in second in the pool. Strong blocks and aces helped to bring the team to a victory.

After a tough loss against the Netherlands yesterday, the three-set win was crucial for the team’s morale and success. The teams head coach, Miguel Falasco said, “It was a completely different game from yesterday. We didn’t make mistakes and we should continue playing like this, stay confident to another part of the tournament in the Netherlands next week.”

Leading the Czech squad was Jan Hadrava with 18 points while Petr Michalek added another 12 points in the win.

For the losing side, Lourenco Martins put down 15 points for Portugal.