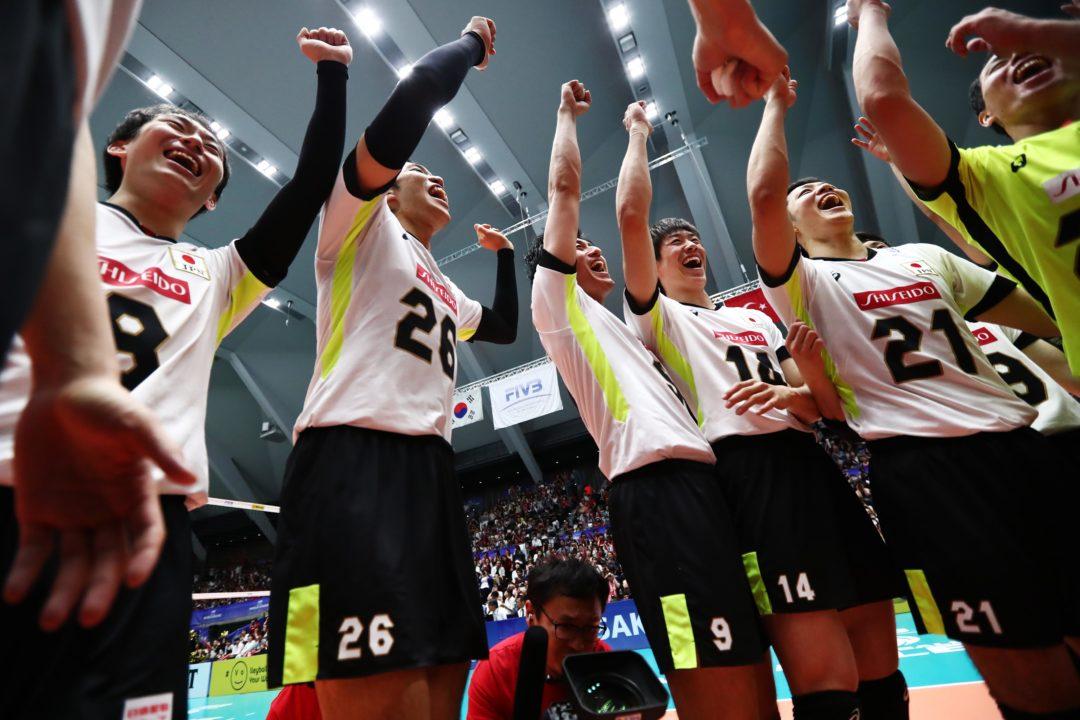 Japan finished the final day of the second round with a win, completing their perfect record for the weekend in Pool E2. Current Photo via FIVB

Japan finished the final day of the second round with a win, completing their perfect record for the weekend in Pool E2. The weekend gives the Japanese team eight points towards their total, with Slovenia picking up six points after coming in second place in the pool.

Japan finished off their perfect weekend with a sweep over Korea, with a 39-28 attack advantage and 7-2 service advantage. The Japanese team completed the match with ease as the Korean team was never able to keep up throughout the match.

Masahiro Yanagida led the Japanese side with 14 points, including three aces while Yuki Ishikawa and Issel Otake each put down 12 points in the win.

For Korea, Kang-Won Lee put down 10 points in the loss.

Slovenia finished their weekend with a tough battle against Turkey, with a large attacking advantage leading their charge. The Slovenians out-hit Turkey 66-53 in the match, while also out-blocking them 11-8.

Tine Urnaut led the charge with 22 points, 16 being kills, five blocks and one ace while Klemen Cebulj added another 22 points in the win.

For the losing side, Gokhan Gokgoz put down 15 points with Serhat Coskun adding 11 points in the loss.