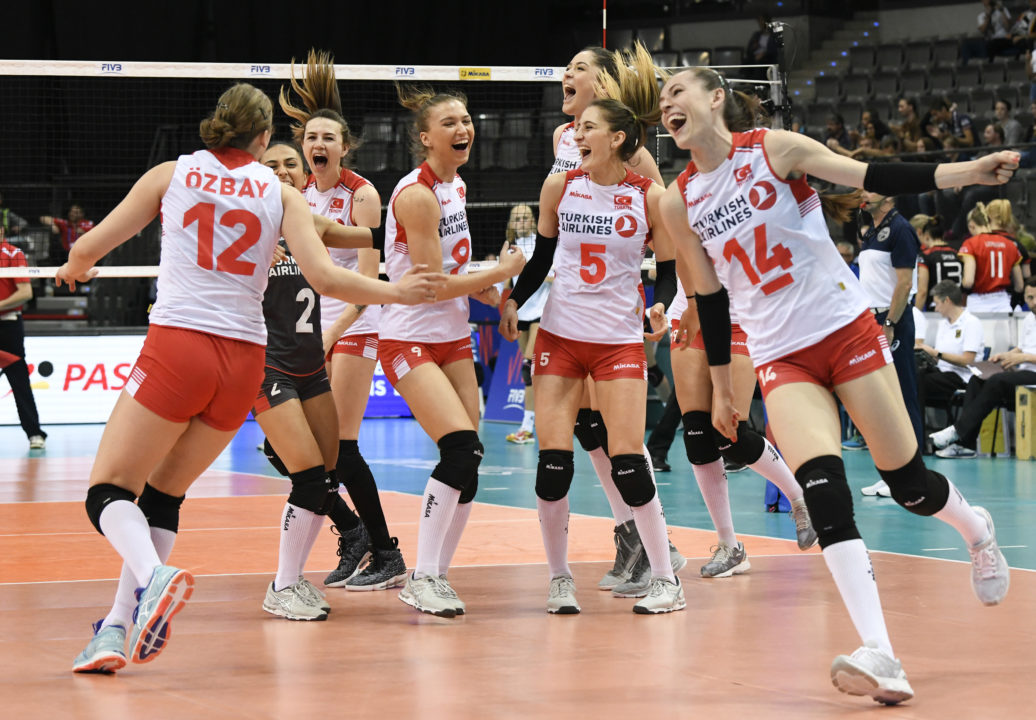 In a win and in situation, the Dutch proved up to the task, besting top ranked China in four sets to claim their spot among the VNL Final Six. Turkey followed suit, securing its spot with a four-set win over Germany.  Current Photo via FIVB

In a win and in situation, the Dutch proved up to the task, besting top ranked China in four sets to claim their spot among the VNL Final Six.

The Dutch led 16-15 at the second technical timeout of Set 1 and the teams battled to the brink. China earned the first set-point try, but it was the Netherlands who managed a 26-24 victory.

China imposed its will with blocking and offense en route to an 8-5 lead in Set 2. The Dutch rallied, but Yi Gao answered for the Chinese in a 25-17 win to knot up the match.

After trailing 6-5 early, the Dutch built a five-point lead at 16-11 behind Balkestein-Grothues’ serve, which resulted in five straight points. China was within three several times, but the Netherlands found an answer on each occasion with help from Juliet Lohuis, who provided five points over the final two stanzas.

Sloetjes and Buijs teamed up to lead the Netherlands to a 25-21 Set 4 win, which secured the team a spot in the Final Six.

With the pressure on after an Italian sweep earlier in the day, Turkey removed any questions as to their presence in the Final Six, securing a spot with a four-set win over Germany.

Kimberly Drewniok was the top scorer for Germany with 21 points (18 kills, 3 aces). Maren Fromm was next on the team with 10 points (9 kills, 1 ace), despite starting just the last three sets. Marie Scholzel and Jennifer Geerties were limited to seven and four points respectively. Scholzel served up three aces and added three kills and a block, while Geerties downed four kills. The team played Louisa Lippmann, its top scorer in VNL play.

Turkey followed Gunes to an 8-4 lead in Set 1 and Erdem chimed in with six points, including the game-winner, in a 25-16 win.

Germany got out to a good start in Set 2 as Drewniok starred, but Boz’s serve pulled Turkey ahead 11-8 and cruised to a 25-15 victory.

Turkey led 8-7 at the first technical timeout of Set 3, but Germany dug deep with help from the home crowd to claim a 25-20 win and extend the match.

The Germans carried the momentum to an early lead in Set 4, but Turkey worked its way to a 10-6 advantage soon after. Gunes and Erdem rolled to the 25-19 win and punch their ticket to China for the Final Six.