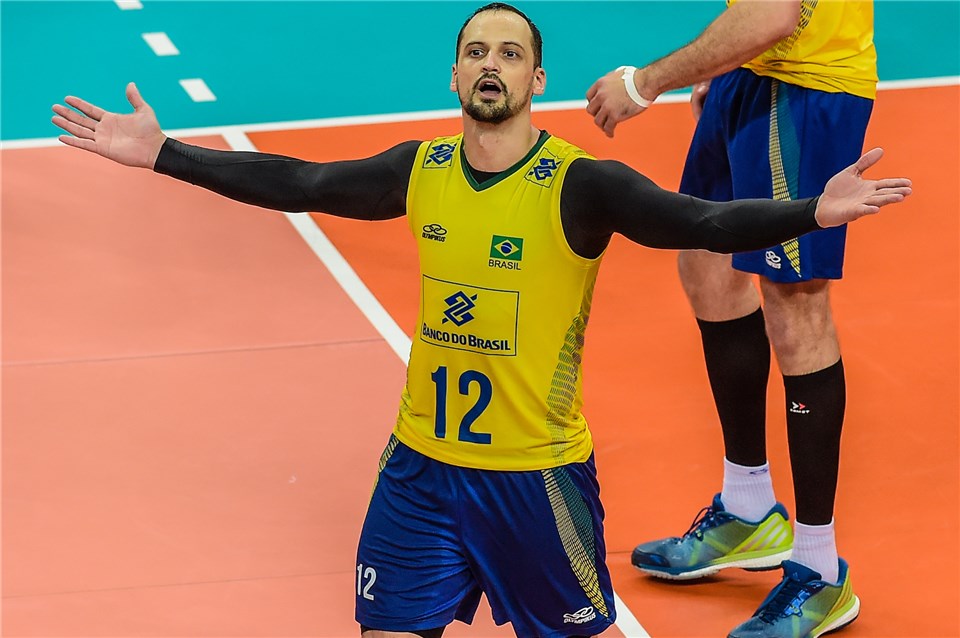 In the first training session open to the media, reporters were surprised to see Lipe practicing with Brazil's national team Current Photo via FIVB

In the first training session open to the media, reporters were surprised to see Lipe (Felipe Fonteles) practicing with Brazil’s national team, showing that he is recovering well from the elbow injury that sent him home from the VNL. The Olympic gold medalist later spoke to Globo.com, reassuring fans that his recovery is all but complete, and that he is a lock for the WCH:

“At this time, I am 100% recovered. We do not know what will happen next, but in relation to the elbow injury, from a clinical point of view, I’m already recovered. I’m in the last phases of strength recovery and technical recovery drills. From the next week on, I should hit the ball again at 100% strength.”

The news is amazing for the Brazilian national team, as is already lost outside hitter Maurício Borges to injury and Ricardo Lucarelli may not participate in the WCH due to pressure from his team. Coach Renan Dal Zotto acknowledged the importance of Lipe‘s return:

“Lipe, besides being a technically very good player, as the numbers prove it, has very good spirits. He has a lot of enthusiasm, a lot of vibration, and that is passed on to the rest of the team. That’s something we take into account as well. He’s a guy who’s fine physically, technically, and we already know what he’s capable of giving us. Add to that the excitement and motivation that he gives to everyone, he becomes a key player in the team.”