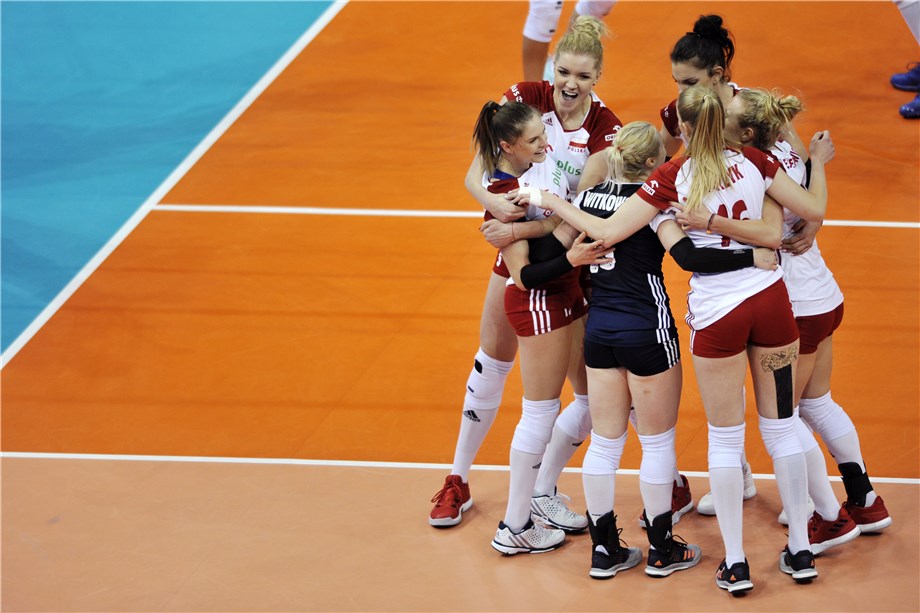 It was a back and forth affair all evening long between Italy and Poland, both in search of their first Volleyball Nations League victory.

In the decisive fifth-set, it was nearly all Poland to start with the side jumping out to a 7-1 lead. Italy remained calm and clawed its way back to a 9-all tie in a run including an ace by Marina Lubian. The teams split the next six points leading to a knot-up at 12. From there, however, Polish captain Agnieszka Kakolewska took over with two of the final three points on kills to clinch the Polish victory at 15-12. She scored 21 points on the day, surpassed only by Malwina Smarzek, who had 23 kills.

Anastasia Guerra was the top scorer for Italy with 19 points, 15 on kills and a team-best three on aces. Miryam Fatime Sylla (15), Serena Ortolani (14) and Lubian (12) followed. Sylla and Ortolani turned in 13 kills apiece, while Lubian put up a team-leading four blocks.

Set 1 was fairly even until the midway point, when Italy turned a 14-13 deficit into a 20-16 lead of its own. Not to be outdone, Poland turned the tables and tied it up at 21 as they ran off 5-straight service points with Martyna Lukasik at the line. The Italians rallied once again, closing out the set on a 5-1 run, capped by a Guerra ace.

The teams played to a 10-all tie in Set 2 before Poland took over, scoring eight in a row to pull away, part of a final 15-4 run. An Elena Pietrini hitting attempt sailed long to knot the match at a set apiece.

A tie at 13 was the breakaway point in Set 3 as Italy scored nine of the next 12 to go up 22-16 and take a lead which it would not relinquish. The Italians earned their first set point try at 24-17, but a net violation and a block kept the stanza going. A service error clinched the 25-19 win for the Azzure.

Poland shook off the loss and cruised to a 25-17 Set 4 win to extend the match. After trailing 2-0, the Polish side scored seven of the next 10 and never looked back. Boasting just a slight 11-9 edge and holding just a three-point margin at 19-16, Poland bore down, using a pair of blocks by Kakolewska to kick off a final 6-1 run. A putaway by Smarzek sent the match to tiebreak.

Here are the post-match reactions:

Poland coach Nawrocki Jacek: “It was a very good, very close game, like a see-saw. The tiebreak showed the teams were both in high position, but we are so happy tonight, because it was our first win in Volleyball Nations League.”

Poland captain Agnieszka Kakolewska: “I am so happy and I am so proud of our team because we were fighting on every ball, which is the most important and was the key to our win.”

Italy coach David Mazzanti: “I am pleased with our performance because we played better than yesterday. (It was) a different mood, a different game, and we are improving.”

Italy player Anastasia Guerra: “It was a hard match today. Probably our emotions played a factor in the fifth set. We try to take this tournament by gaining experience and learn from this.”