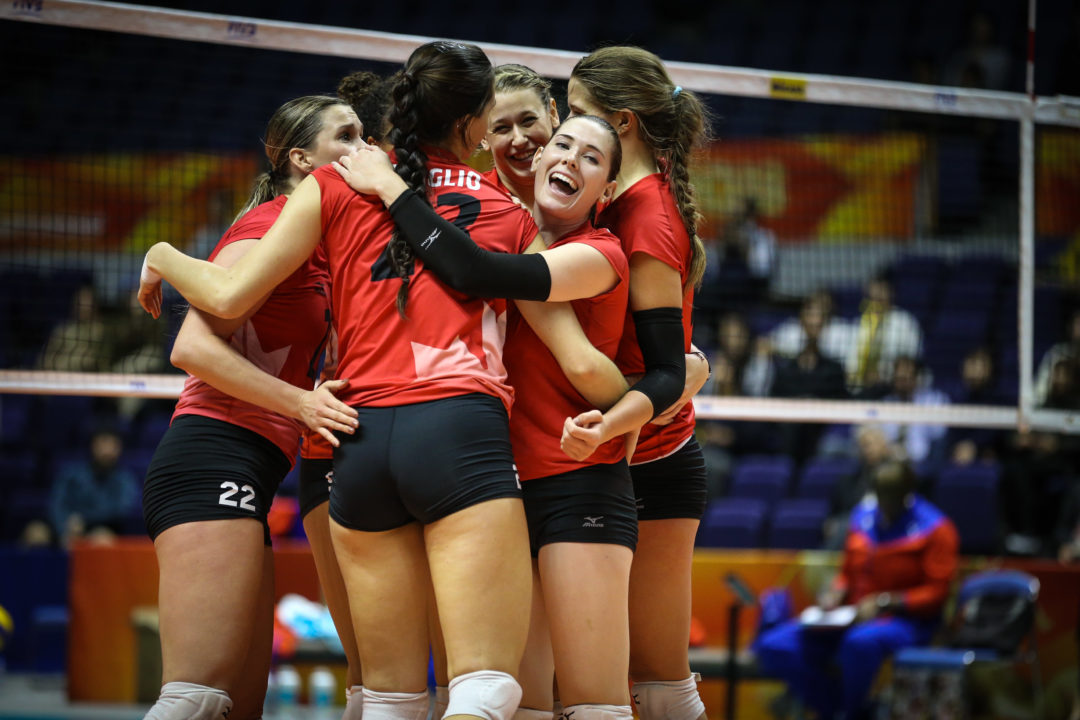 7th-ranked Italy brought showcase its best volleyball in a sweep of 12th-ranked Turkey on Wednesday inside Hokkaido Prefectural Sports Center. The tough Italian blocking front (10 to 6) keyed the win by forcing 19 Turkish errors.

“It was an excellent match and we both played well, but I think we played our best,” Italy head coach Davide Mazzanti said. “There are still points that we can improve on, but we won because the players concentrated well during the game.”

19th-ranked Canada overcame a slow start to secure a 3-1 win over 25th-ranked Cuba in 2018 FIVB World Championship action Wednesday. It is the first win of the competition for the Canadians, who handed the Cubans their 4th loss, and their first at any world-level tournament.

Canada was strong at the service line, notching 9 service aces to Cuba’s 2 in the match. Cuba committed 21 errors, while the Canadians limited their total to 17.

“For sure I’m satisfied with the result, to get a win in the World Championship, but maybe our level wasn’t so great today,” Canada head coach Marcello Abbondanza said. “We played better yesterday under less pressure. With today’s victory we can still dream of reaching the second round. I hope tomorrow we can approach the game in a better way and not like we did in the first set today.”

17th-ranked Bulgaria stole a set from its opponent, but it was not enough to disrupt top-ranked China, which secured the win in 4 sets. The Chinese spread playing time across the roster, giving the young players valuable world-level experience.

“It was a really good game today,” China head coach Lang Ping said. “Bulgaria’s block and receive was great. We learned a lot. We played a lot of younger players today and I hope the team will be able to improve.”

Ping started Yao Ding at the setter position in order to rest Ding Xia, who is dealing with a minor injury. With the Chinese off to a rocky start in which no one was playing well according to Ding, she made the decision to bring Xia in. From there, China got into the flow and was able to execute its game plan against the strong Bulgarian block.

Ting Zhu led the Chinese attack with 21 points, followed by Xinyue Yuan, who notched 12 points in the victory.

For Bulgaria, Gergana Dimitrova and Miroslava Paskova contributed 18 and 13 points, respectively, in the 4-set match.