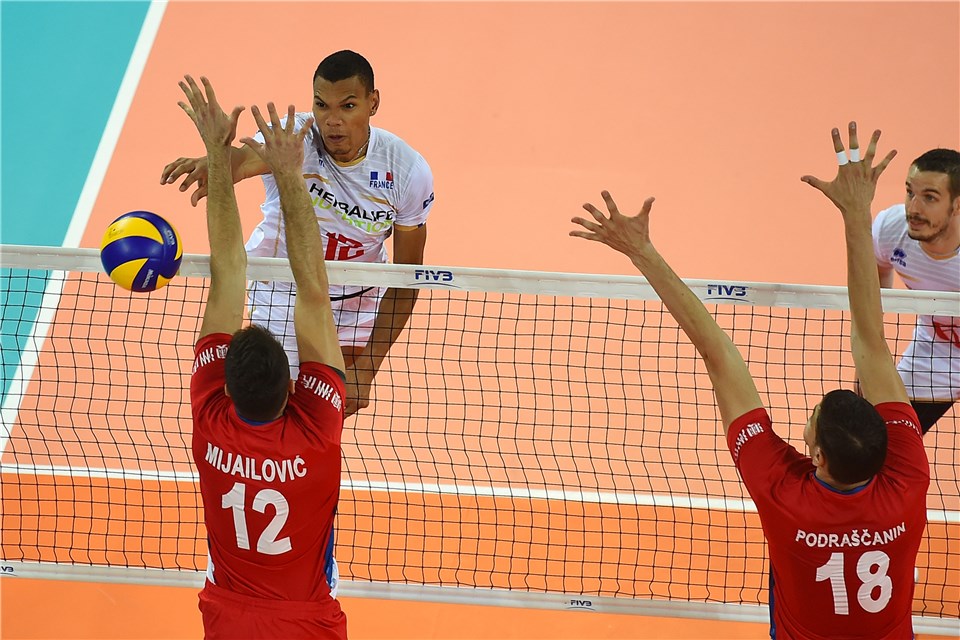 Stephen Boyer and France are looking to get a big win against Brazil in Pool 16 to give them momentum for the last weekend of the Preliminary Round.  Current Photo via FIVB

There are only 2 weeks left of play before the Final Round in Lille, France. While France already has their spot secured by virtue of being the hosts, they have put together an impressive record so far at 7-2 with 22 points including a 3-0 finish last weekend. The 2017 FIVB World League gold medalists are poised to make a run at the medal stand.

Brazil continues to build upon their success. Their 8-1 record and 23 points puts them near the top of the table. They trail Poland due to sets ratio at this point, but they are in great shape to qualify for the Final Round. Even a loss to France would not drop them out of the qualification range.

Canada sits just outside of qualification at 8th place. They are just a single match behind Serbia, the team sitting in 6th (they are level at 15 points). After going 1-2 last weekend, the biggest problem they face this week is their tough pool. They open the weekend with Brazil on Friday and finish up with France. They will need Russia, Serbia, and Italy to each lost multiple matches if they are to move up in the standings, which is unlikely.

Bulgaria is not mathematically eliminated from the Final Round, but stealing multiple wins this weekend at home will be difficult. They will return some players into the roster from injury and rest, but they will need a lot of help in addition to their wins to get into contention to play in Lille.

Most fans will be looking at the France – Brazil match as the highlight of this pool. Here you have the winners of both of the FIVB tournaments form 2017. France won the gold medal in the World League while Brazil were champions of the Grand Champions Cup. This match might not mean too much, as both teams are quite secure in their advancement into the Final Round. Both teams might choose to rest some of their stars to get ready for Lille, France and the World Championships.

Canada has a lot to fight for. While the task of beating France and Brazil is quite daunting, they have the potential to return to the form which won them a bronze medal in last year’s World League. At this point they have introduced most of their big players back into the lineup at this tournament. It will be interesting to see the lineup they put on the floor. What must be concerning for Canadian fans is that they have not beaten a team higher than 7th in the standings at this point. There is a real possibility they slide a bit further down the table of they do not have a big weekend.

Bulgaria has a roster full of talent but has fallen victim to some injuries this year. It will be quite difficult for them to move back into contention for the Final Round. Their match with Canada has the potential to be a tightly contested match, but it would not be surprising if they dropped even further down the standings.