Russian Opposite Pavel Kruglov Injured in Friendly, Out for Worlds 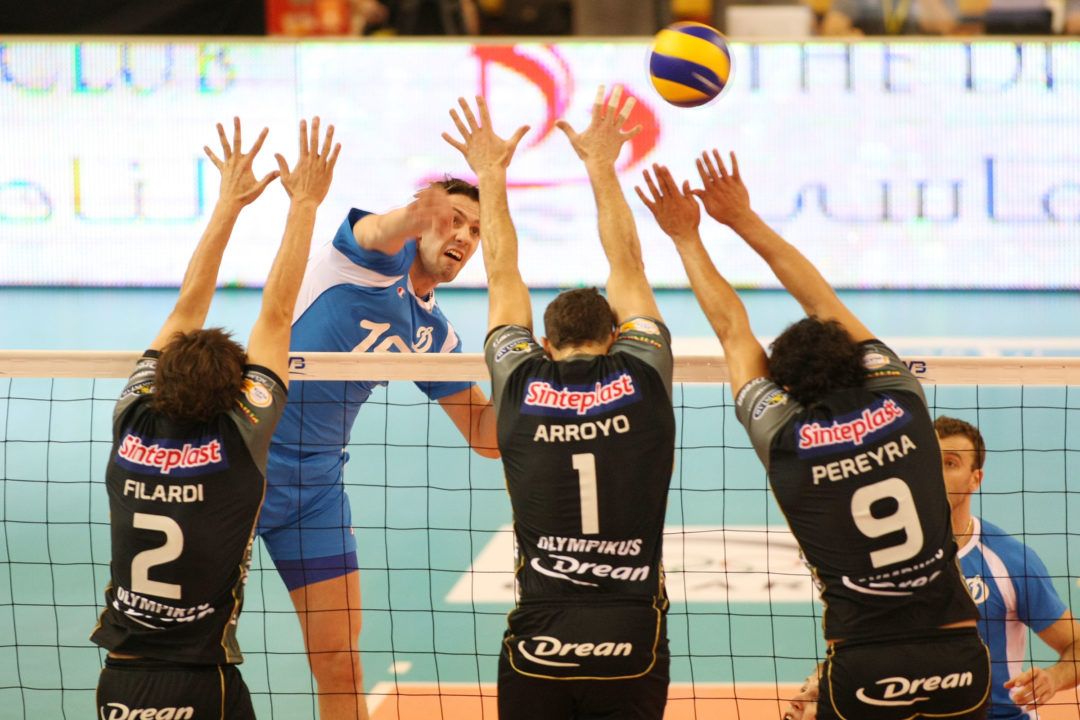 The Russian opposite will miss the World Championships after suffering an injury in Bulgaria last week. Archive Photo via FIVB

Veteran 32-year old Russian opposite Pavel Kruglov will probably miss the World Championships after suffering an injury, Russian state-run media RIA Novosti reported this week. Details about the nature of the injury were not released.

The 32-year old Kruglov, who has played with Dinamo Mossow for most of his career in different stints, was one of 3 opposites called up to training camp for the World Championships. He did not play in the Nations League, but was favored for a spot on the roster for Worlds.

Without him, Viktor Poletayev, who seems to be recovered from an injury of his own, and the country’s top opposite, Maxim Mikhailov, will man the position. Mikhailov was the country’s primary opposite at the Nations League, and in the Final 6 round of play he ranked 3rd in scoring with 63 points in 4 matches as Russia swept France 3-0 for the title.

Nikolai Pavlov played the opposite position during their recent friendlies after the injury.

Kruglov showed his offensive potential early in the 2017-2018 season when he blasted 30 points in a Russian-league game to carry his team to a 3-2 win over Nova.

Russia left several stars home from its recent run of friendlies, but Russian federation General Secretatry Alexander Yaremenko told RSport that this was just because it didn’t make sense to take all 19 players from the training camp to Bulgaria. Those left home are all healthy and ready for the World Championships, including Mikhailov, Dmitry Musersky, Artem Volvich, Egor Kluka, and Dmitry Volkov.

In the aforementioned friendlies, played in Bulgaria, the two teams split the results. In the first match, Bulgaria won 3-2 (23-25, 25-23, 21-25, 25-16, 25-7) in Varna, which will be one of the co-host cities of the World Championships that begin on September 9th. In that victory, Miroslav Gradinarov led Bulgaria with 15 points, which included 2 blocks and 65% hitting efficiency. Alex Grozdanov contributed 6 aces to the cause, as Russia couldn’t find a defensive answer for the Bulgarians.

Russia had a trio, Ilya Vlasov, Anton Karpuhov, and Alexey Rodichev, score 11 each, including 4 blocks for Vlasov.

Vlasov had 4 blocks again for Russia, and this time added 11 kills to come to 15 total points in the match on 79% hitting. Russia as a team hit 49% and held Bulgaria to a much-more-modest 44%. Russia also picked up 15 blocks in 4 sets. Ilyas Kurkaev had 6 blocks of his own and 9 kills (on 10 swings) for a matching 15 point scoreline.

Russia’s top output came from Gradinarov again with 14 points, though this time it took him 27 swings (including 2 errors and 4 shots blocked) to get there.

Russia also out-aced Bulgaria 5-2, though the teams had about the same number of service errors.