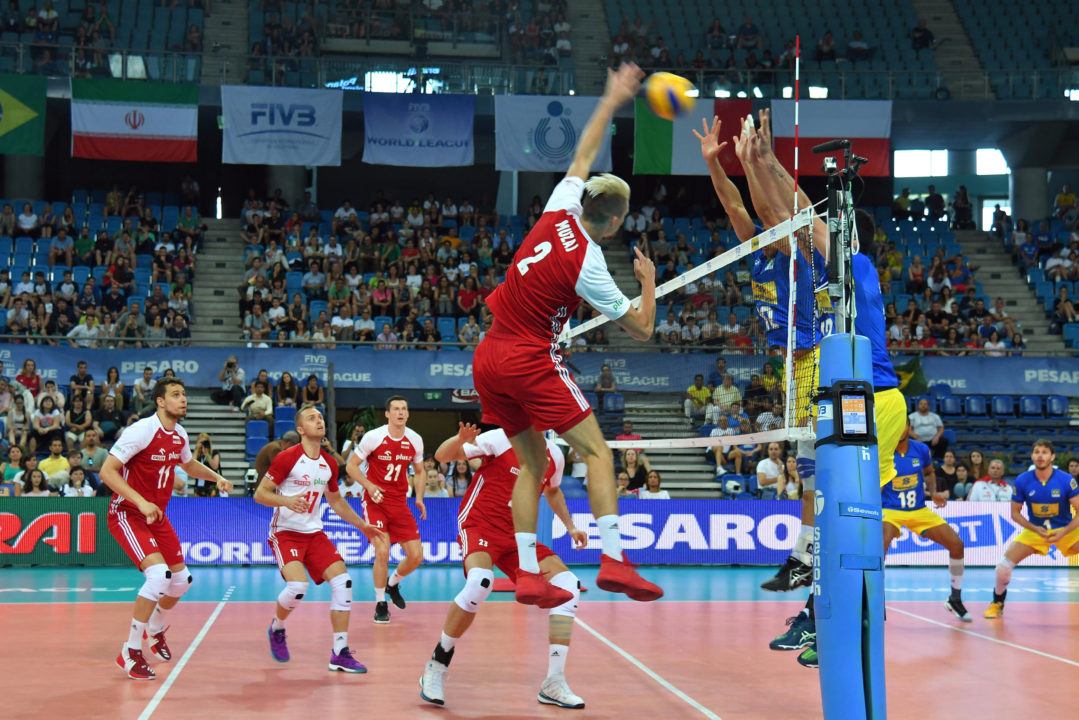 So far, Poland has been the dominant team, beating Brazil and Italy to the punch in the first two days of the tournament.

Below, watch organizers of the Pesaro site set the scene for the weekend: