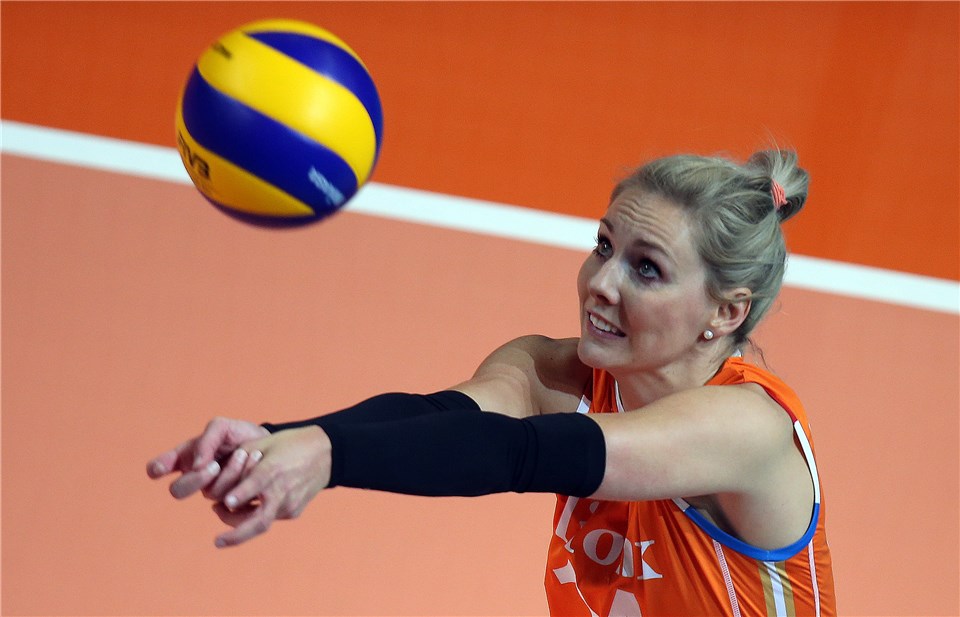 The Netherlands showed why it is one of the world's hottest team, closing out Week 1 undefeated after routing Russia. Meanwhile, Thai continue its historic success against Argentina, having never lost a single set against the team in international play. Current Photo via FIVB

The Netherlands showed why it is one of the world’s hottest team, closing out Week 1 undefeated after routing Russia. Meanwhile, Thailand continue its historic success against Argentina, having never lost a single set against the team in international play.

Argentina had a big task hand as the team never won a set, let alone a match, against Thailand in world level competition. This time, it was no different, as Thailand completely dominated the game and came out with the 3-0 win (25-17, 25-17, 25-16). Needless to say, Argentina did not look like the same squad that was able to give The Netherlands and Russia a scare.

Thai setter Pornpun Guedpard distributed the ball with ease, helping Ajcharaporn Kongyot to 13 points and Pimpichaya Kokram to 11, the team’s highest scorers for the match. No one scored in double figures for Argentina.

Argentina started the game well, with occasional offensive bursts. But as time went on, it was clear it wasn’t on the same level as Thailand. The first set was a no contest, but the second set saw the teams tied at 14-14 at one time, before Thailand went on a 11-3 run to close the frame. The Thais then went on to open the first set with a 7-0 run, effectively squashing any chance Argentina had to fight back.

Thailand coach Danai Sriwacharamaytakul said: “It was a very useful week for us. We tried to do our best. Our young players had a good experience. They had a problem – to get over when the game is going badly. They overcame this, and played much better than on previous days.”

Thailand captain Pleumjit Thinkaow said: “We played against Argentina, they have a massive spike, and are very good in blocking. We worked hard and won today. Also our young players were very confident today.”

Argentina coach Guillermo Orduna said: “I think the concentration we had today was very bad. Thailand played very fast. Argentina didn’t play today on a high level. We had a lot of mistakes in attack. We need to find our way for future games. We need to improve for the next season. It was very important for this young team to have experience like this competition. We will try to be better and better in every match.”

Argentina captain Julieta Lazcano said: “The people in Ekaterinburg are so nice. They are always smiling for our team. We like to be with our fans, take pictures with them. I think it’s very useful for the promotion of volleyball. The organization was really good. We will have a lot of good memories of this city.”

The Dutch showed the world that it has a deep team, not needing to rely on Lonneke Slöetjes, who watched week 1 from the sidelines, to completely outclass its opponent. 3 games, 3 wins for the Oranges. This time, the opponent was, supposedly, a bit tougher, but the Netherlands made quick work of Russia anyways, handing it a 3-0 (25-22, 25-20, 27-25) defeat. Celeste Plak led the way for the winners with 18 points, while Anne Buijs helped with 13. Kseniia Parubets had 17 points in the losing effort.

The Netherlands showed why it is a dangerous team, attacking from all positions. Its defensive game was also top notch today, showing fans that it is as close as to a complete team that anyoe can hope for. Meanwhile, Russia continues to struggle, as today was the third lackluster performance exhibited in its own home-court

The Netherlands now have won at least one set in each of their last 23 international matches. Curiously, in this one it was out-serviced by Russia 8 aces to 0, but still managed to come out with the win.