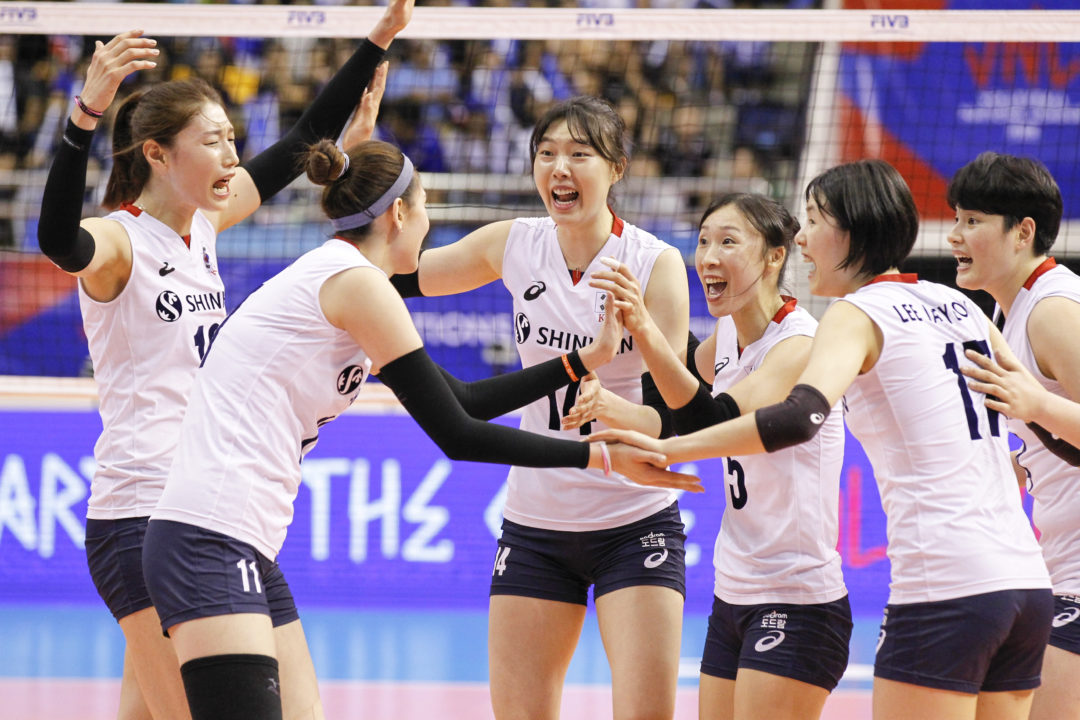 Turkey kept pace with the top group in VNL play with a four-set win over Japan on Tuesday.

Turkey made its presence known early, jumping ahead 7-2 in the opening stanza. As Meryem Boz starred, the Turkish side nearly doubled its advantage to 13-4 and eventually closed out the win at 25-17 by her hand.

After falling behind 4-0 in Set 2, Turkey rallied to an 18-15 advantage behind Yuki Ishii and Meliha Ismailoglu. Ai Kurogo and Kanami Tasgiro provided answers for Japan, keeping things close, but in the end Boz delivered the deciding blow at 25-23.

Turkey returned to form in Set 4, blasting out to an 11-4 advantage and never looking back.

Here are a few post-match reactions.

Japan captain Nana Isakawa: “Turkey started today with a lot of energy and we ended up losing to their aggressiveness. We lost our rhythm and that continued through the second and fourth set. So as a team, we need to start better and start with more energy against any team no matter who it is. Tomorrow, we will play against another Asian team, Korea, so we want to focus on that and start a new game.”

Turkey captain Eda Erdem: “We knew it was going to be a tough match today because Asian volleyball is really different from what we play in Europe. They had  many variations, were very good in defense, and they served very well. But in the fourth set, we entered the game more focused. We served well and had good blocking and floor defense. We are happy with this victory but we have to keep going. We have to play much better than today because tomorrow and the day after, we still  have two very important games. We have to win because we want to be in Nanjing, China for the finals.”

Korea outblocked Thailand 14-3 and scored 22 points on Thai miscues in the win. Thailand boasted a slight advantage in kills (54-42) and aces (6-5).

South Korea struck first, jumping out to an 8-4 advantage to open the match and carried the momentum to a 25-16 win. The Koreans boasted a four-point edge again in Set 2, but this time Thailand had an answer, staying close as Bamrunguk and Sittirak starred. In the end, however, hung on for the 25-18 win and the 2-0 lead.

Thailand overcame a 12-10 deficit in Set 3 and wrapped up the stanza on a 7-0 run to extend the match.

Set 4 saw the teams tied at 13-all before Thailand seized control and went up by three at 20-17. Yeon Koung downed three kills to put Korea back on top amidst a 4-0 run. The Thai side was not done yet, however, earning a set point try at 25-24, but eventually succumbing on a block by Jing Yang Hyo.