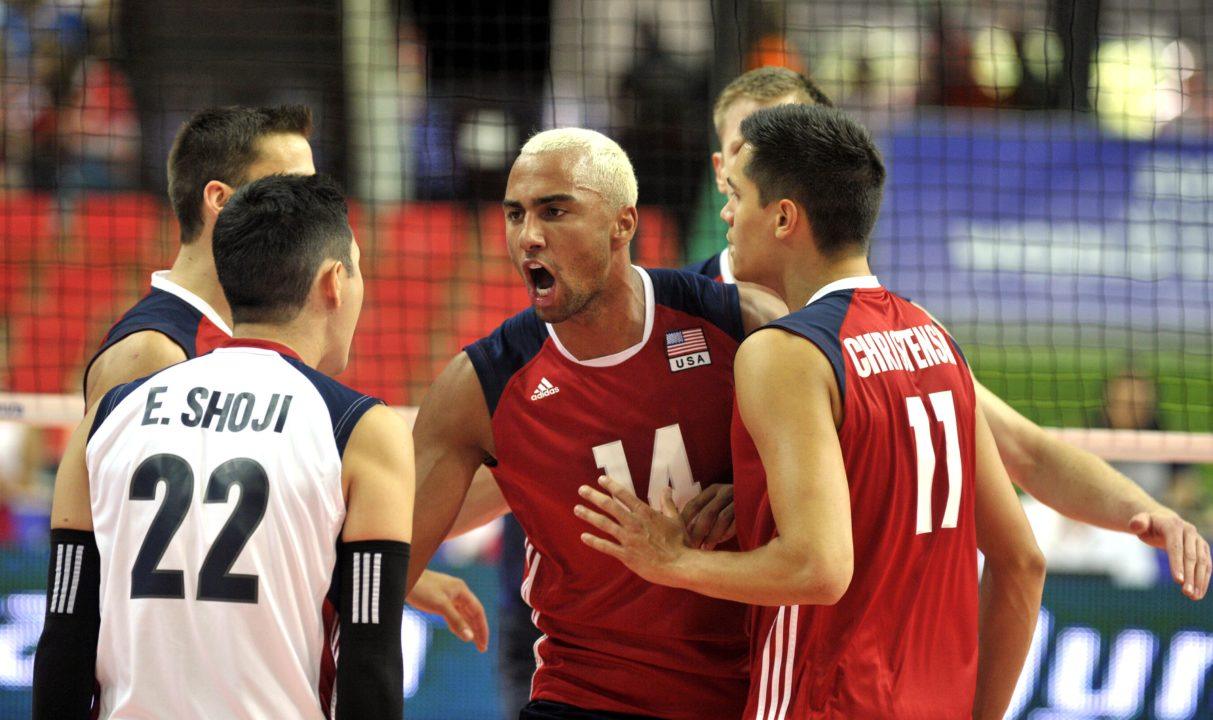 When it comes to volleyball, few rivalries are more exciting than Brazil x USA. All in all, these two teams played four combined Olympic finals, two for the men and two for the women. At the moment, Brazil is the No. 1 ranked team in the world and is the defending Olympic champion, while the U. S. Men are ranked No. 2 and took bronze at the 2016 Olympic Games in Rio de Janeiro, which makes the USA Volleyball Cup a must watch for lovers of the sport.

After two losses in Brazilian soil, a listless 3-0 in São Paulo and a 3-2 loss that had a shameful 25-11 set, Team USA will host Brazil for another two matches. This time, the setting will change for a more familiar environment than the Amazon Rain-forest, being instead hosted in Hoffman Estates, Illinois at the Sears Centre Arena on August 18 and 19. Each match will start at 7:30 p.m. CT and will be live streamed at USAVolleyball.org.

What to Expect from Team USA

For starters, a better display from the team that was thoroughly outclassed in Brazil. It is only natural that every start of a new Olympic cycle brings with it team renovation and long periods of adaptation.  With that being sad, it safe to say that the American roster for the two first matches in Brazilian soil greatly underachieved, even if filled with college age players,  which are full of energy and enthusiasm, but greatly lack international playing experience. Even when considering their come from behind rally in the 3-2 loss in the second game, it can’t be forgotten that Brazil was also resting three of its starters for that match.

But the past is the past, and for this new tournament, Team USA will once again have the experience of Olympians Matt Anderson, in uniform for Team USA for the first time since Rio 2016, Maxwell Holt, Aaron Russel, Kawika Shoji as well as veteran libero Dustin Watten. This alone should be enough to add more balance to the face-off. Let’s not forget that this is the same USA team that beat Brazil in group play at the 2016 Olympics, a tournament that they went on to win.

With his near-full roster available, John Speraw will have the perfect opportunity to evaluate his main core of starters, as well as his college newcomers. Everybody knows Matt Anderson‘s and Max Holt‘s qualities as players and team leaders, but expect Jeff Jendryk, TJ DeFalco, and Benjamin Patch to continue jumping at any opportunity to showcase their talents and solidify their spots in future Team USA rosters. The latter was an important part of the team’s offense at this years’s FIVB World League, but with Anderson and Holt back in action, Speraw will have to go trough the trouble to see how he fits in among the A-team, if at all.

Anderson’s ability to play both hitter positions will offer Speraw some flexibility when organizing his team, so will the shear amount of newcomers that are eager to fight for a spot in the limelight. Let’s not forget also that Taylor Sander’s play will be greatly missed by Team USA, as the starter was awarded some much needed time off after a grueling 2017 FIVB World League. Fans should be anxious to see how Speraw fills his void.

Another big question looming the tournament is the call up of Aaron Russel.  Last Olympic Game’s best outside hitter, he suffered a nasty ankle injury back in March while still playing for Sir Safety Perugia. While he has resumed jump training, it is uncertain if he will be in uniform for the games. His presence would only add fuel to the fire, as Brazilians fans have not forgotten his gestures at the stands in the group play game against Brazil, and took to Instagram to criticize the player.

What to Expect from Brazil

Brazil’s men team is going through its biggest changes in recent history. Bernardo Rezende, “Bernadinho,” left the national team after 16 years in command. He was replaced by his personal friend and ex-teamate, Renan Dal Zotto, a star in Brazil in his own right, enough to have millions of Brazilian boys born after 1988 after him, his team’s Renan Buiuiti and this writer included.

However, star or not, Renan will always be judged against Bernadinho, a two time Olympic champion coach. Being so, this tournament is a perfect opportunity for Renan to start building a winning legacy, and gather the fans’ trust, after his initial disapointing final loss to France at the 2017 FIVB World League, at home.

Renan’s players are very optimistic, often expressing in the media their trust at the coach and at the new Olympic cycle. Indeed, Brazil kept most of its gold medal squad intact, and with all players at such a young age, they will always contend for international supremacy for years to come. That is not say, though, that Renan won’t slowly bring up younger players to test their potential in the international stage, which is the case for 7’2″ outside hitter Renan Buiuti, who should see some game action come Friday and Saturday.