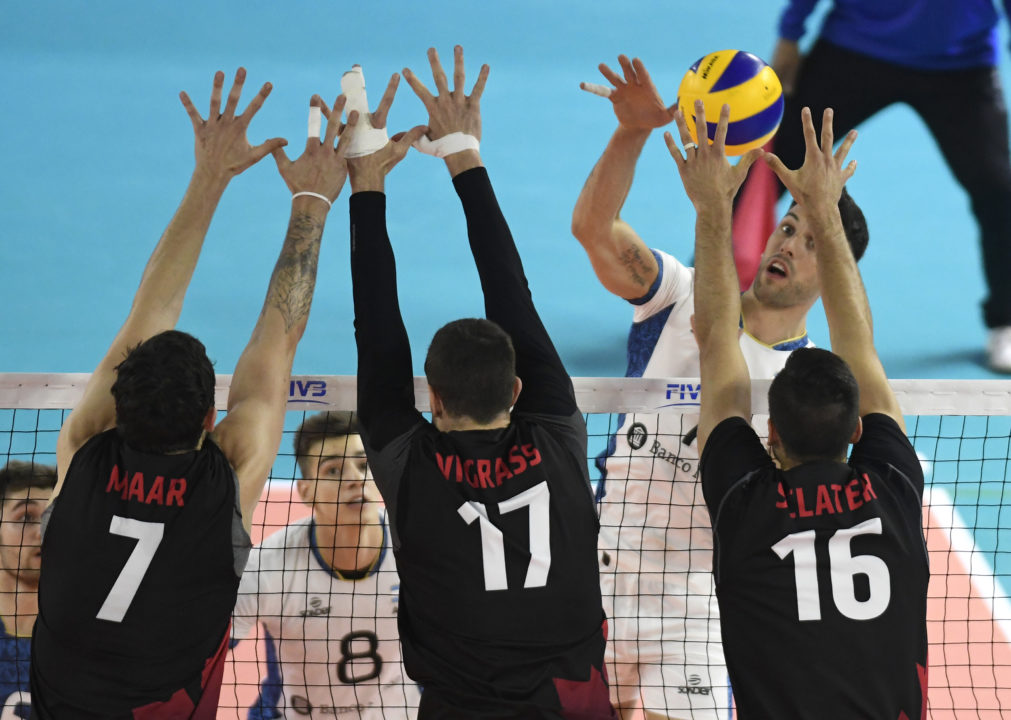 As Week 3 approaches, the United States is one of three 5-1 teams atop the VNL standings. Canada is right behind at 4-2. The teams will meet on Sunday in a rematch of the 2017 World League bronze medal match.  Current Photo via FIVB

As Week 3 approaches, the United States is one of three 5-1 teams atop the VNL standings. Canada is right behind at 4-2. The teams will meet up on Sunday in a rematch of the 2017 World League bronze medal match.

The United States and Canada will be battling for NORCECA bragging rights as well as VNL points. The Americans look to rally past their neighbors up north to avenge a 3-1 loss from the 2017 World League bronze medal match, while the Canadians look to prove they belong in the VNL as one of four challenger nations.

Germany looks to keep itself in the race for the Final Six and will not be rattled by facing the higher ranked teams after besting No. 3 Poland to end Week 2. Australia, which is one of four challenger teams in the men’s VNL, will likely be way over matched in this pool.