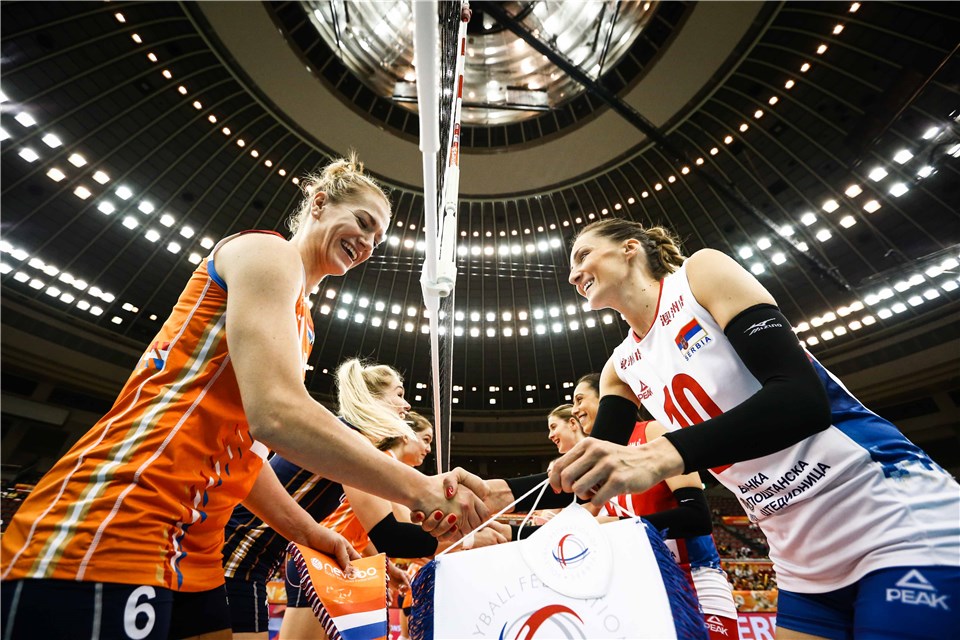 The two European modern powerhouses met earlier in the tournament's 2nd round, with the Dutch coming out on top. However, Serbia was already qualified for the  competition's next round, so it rested some of its starters, such as Tijana Boskovic, the tournament's best spiker Current Photo via FIVB

The two European modern powerhouses met earlier in the tournament’s 2nd round, with the Dutch coming out on top. However, Serbia was already qualified for the  competition’s next round, so it rested some of its starters, such as Tijana Boskovic, the tournament’s best spiker. To give readers some further context, no Serbian player scored over 10 points in that match.

When looking at games that really mattered, both teams met at this year’s VNL, with the Dutch also coming out on top 3-2 despite Boskovic’s 37 point performance, although the Dutch did have the home factor playing in its favor. Furthermore, in 2017, the sides met at the EuroVolley Finals, with Serbia coming out victorious 3-1. So it’s easy to see that this is a pretty even match-up.

The Serbian team is currently 9-2 in the tournament. It boasts the competition’s best hitter (Boskovic at 56.4%) and best digger (Silvija Popovic at 3.31/set). If one doesn’t count the team’s third place finish in 2006 alongside Montenegro, reaching this semifinals is already Serbia’s best performance in a WCH. Meanwhile, The Netherlands are already guaranteed their best finish at the World Championship. Their previous best showing in the competition was a seventh place finish in 1998. The team is slowly growing into an elite contender, improving as every year goes by to the point that it now plays at the same level as the world’s elite.

Still, Serbia is playing the best volleyball of its history, so it’s a clear favorite for the win and finals berth. However, Netherland’s Lonneko Sloetjes has erupted in her last two games, scoring over 7 points per set in that frame, including 38 against a competent Team USA. With that kind of performance looming, it’s not smart to count out the Dutch team. We expect an all out offensive war against Sloetjes and Boskovic, and whoever hits more efficiently out of the two, is likely to carry her team to the finals and a strong contender for the gold medal.

“Our team is ready to play. We have learned a lot of lessons in this long tournament and will try to put them to use against Serbia. Any of the four teams could win. We are ready for the challenge. Boskovic did not play that last time we played Serbia. We served well against them and disrupted their reception. We hope to do the same again. Serbia is one of the best teams in the world.” Dutch coach Jim Morrison