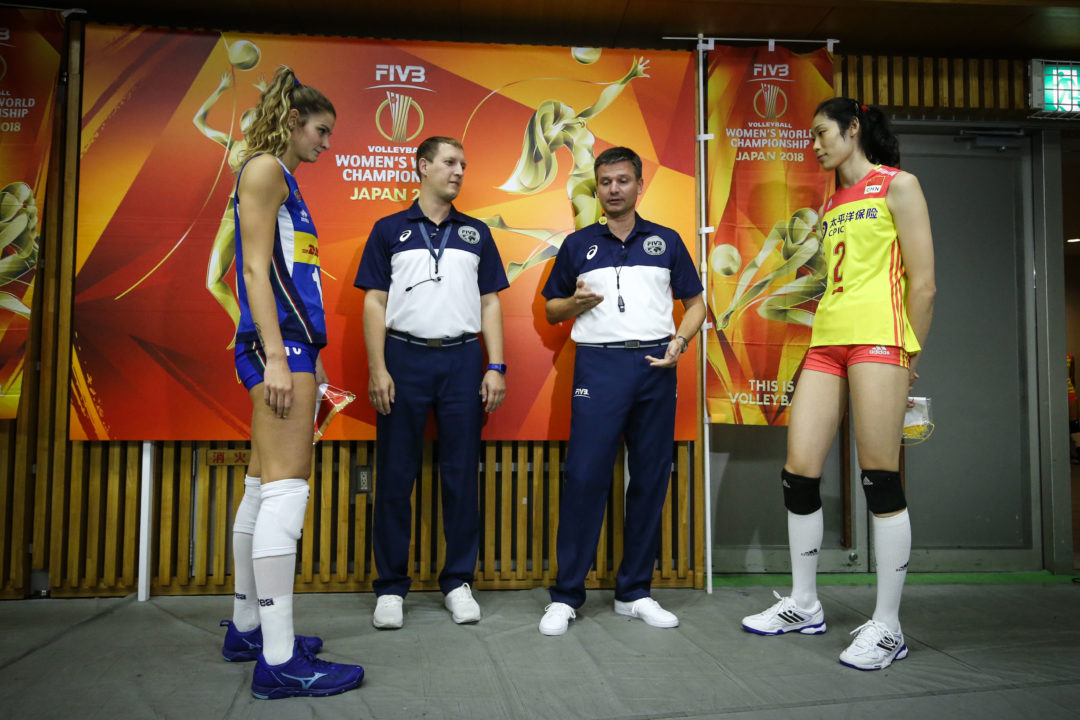 China is aiming to reach the World Championship final for the sixth time in its history. It won the gold medal in 1982 and 1986 and finished runners-up in 1990, 1998 and 2014.The team is currently 10-1 in the tournament. Still, it could not have landed against a worst opponent in this semifinals, as its only loss came exactly at the hands of the Italians, a 3-1 defeat back in the tournament’s 1st round. Paola Egonu paced the Italians with 29 points, but the biggest difference maker in the game was Italy’s 19-9 blocking advantage, including 5 from the youngster Anna Danesi. Furthermore, Italy currently boasts a 4 game winning streak against China in major international competitions.

This game will be a repeat of the 2014 WCH Semis, in which China came out victorious 3-1. The teams also met at the 2002 WCH Semis, with Italy winning 3-1 and going on to win the title. So as one can see, this is a very even match up, and even the teams’ current records are exactly the same: 10-1. It’s a pity we have to see them in the semifinals and not in the finals.

The game promises to be an offensive fest, with setters Ofelia Malinov and Ding Xia trying their best to put Egonu and Ting Zhu at the best offensive situations. However, Ding will have work hard as to not make China’s game predictable, such as allowing Li Yingying some chances at the net for example. Remember, China managed to get blocked by Italy a staggering 19 times in only 4 sets in their earlier encounter, which clearly shows the Italians know how to defend China’s offensive game. Zhu received 1/3 of the team’s sets in that match-up, and it that happens again, she’ll be an easy prey for Danesi and Christina Chirichella, Italy’s young, but very tough middle-blocking duo.

As tough as it is betting against China in any volleyball game, it’s also hard to count out Italy’s young gunners. Once again, this will come down to a battle at the net, as Egonu will try to put Italy’s fate on her back, with Zhu doing the same. However, the teams’ earlier encounter showed that Zhu will need more help from her squad in order for China to come out on top.

“Our team is in good condition. We have played well in the long tournament. We are evolving and learning. All of the remaining teams are excellent and strong teams. The Italian team has been evolving for years. We hope to win against them.” – China’s coach Lang Ping

“Our team is in good shape. We are happy to be in the last four teams. After two days of rest, we have recovered our  energy. We are happy to be playing against the Olympic champions. I am enchanted to coach against Lang Ping, for whom I have great respect. Playing against China is always exciting. I don’t feel we have pressure or an advantage having beaten them in the previous match. I think the small details will decide the match. China is richer in experience than our team. Our target in this event was to gain experience. Tomorrow we will try to show what we have learned and show our team identity on the court.” – Italy’s coach Davide Mazzanti