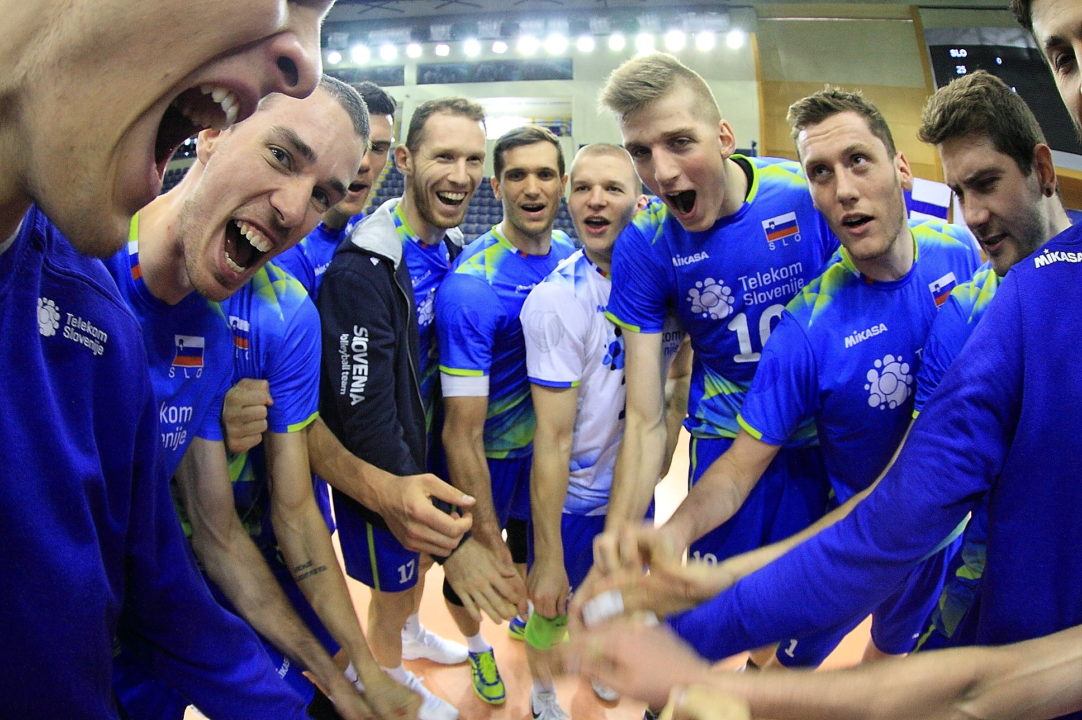 Slovenia locked up the top of the table on Sunday with a 3-1 win over Portugal in spite of resting many of its key players. Current Photo via FIVB

Just 1 team playing in Pool H2 came into the weekend in position to even contend for a spot in the Group 2 Final 4, and Slovenia finished off a 3-0 record (9-1 in sets) on Saturday with a 3-1 defeat of Portugal. Slovenia was swept by Australia on day 2 of the tournament, and haven’t lost a game since – with each of their 8 wins coming by 3-0 or 3-1 set margins.

The rest of Saturday was largely played for bragging rights. Finland, who struggled all tournament long after an impressive World Championships qualifying performances in May, beat Egypt 3-1 in the other match. That leaves Egypt in the last position and in danger of relegation to Group 3 next season, although with a rumored change of format coming, it’s unclear what last place means.

Slovenia lost their only set of the weekend, but still grabbed the maximum 3 points with a win over Portugal. The victory alone (regardless of margin) was enough to seal Slovenia’s spot at the top of the table in the Intercontinental Rounds of the second tier of the tournament.

With a rather minimal benefit to play for, Slovenia rested many of their starters in this game, including captain Tine Urnaut. In fact, the same 7 players (6 starters and a libero) played the entire match for Slovenia in the win. Alen Sket, the team’s primary full-strength outside hitter, was one of those 7 players, and led the team with 22 points (16 kills and a monstrous 6 aces).

Matej Kok, who had limited playing time all weekend, also played the entire match and scored 17 points on a 57.14% success rate.

The match was a sloppy one overall, with Slovenia giving away 31 and Portugal 32 in just 4 sets of play.

Finland and Egypt limped to the finish of the tournament with a 3-1 Finnish win on Sunday. Egypt cleared the bench, getting all 14 players into the game. The win for Finland was their first of the weekend.

Finland had 4 players score in double figures, led by 18 from Urpo Sivula, who had 15 kills, 2 blocks, and an ace. Elviss Krastins had 16 with 12 kills and 4 blocks.

Egyp’s Mohamed Masoud had 6 blocks, part of a 13-stuff team effort from Egypt. They out-blocked Finland as a team 13-10. Finland’s normally-powerful block struggled to find its rhythm all tournament long, which ultimately lead to their downfall.