American Digging Has Stabilized with Kelsey Robinson at Libero 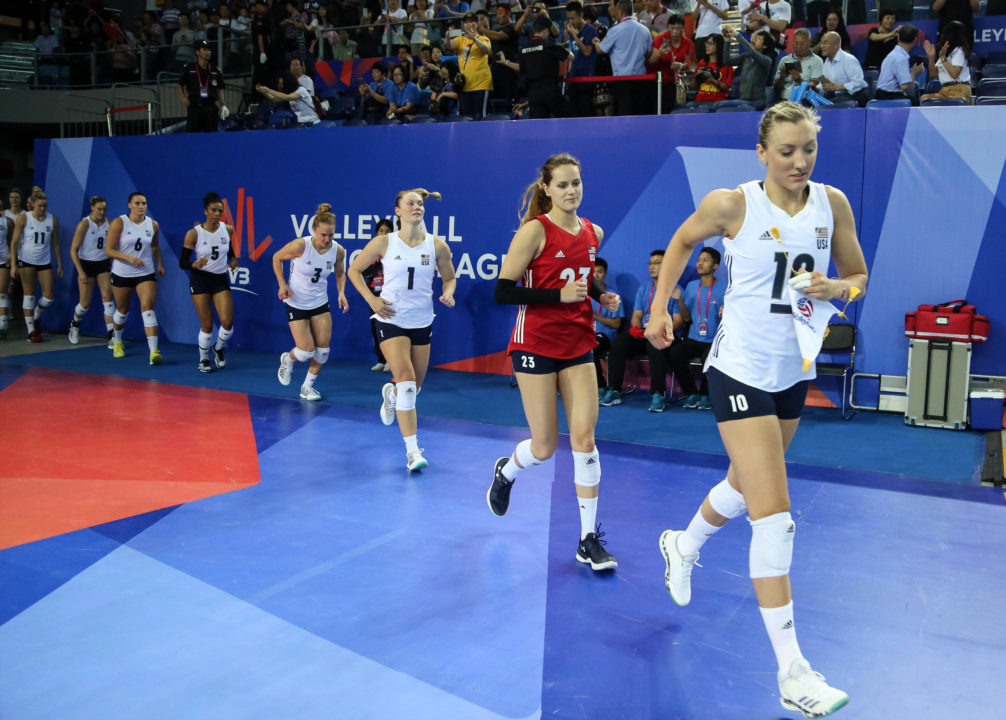 Kelsey Robinson (above, red jersey) has been a more consistent libero for the Americans since taking over in week 3, and Kim Hill leads the tournament with a 22.22% reception. Archive Photo via FIVB

Midway through week 1 of the 2018 FIVB Women’s Volleyball Nations League, Team USA head coach Karch Kiraly made a swap at libero, inserting world-class outside hitter Kelsey Robinson at the position. At the time,

Since the change, the Americans have run off 10-straight wins, 9 of which have come in sweeps, and the team has emerged as a leader in reception efficiency in the tournament.

While Robinson’s “excellent” dig rate is still slightly lower than that of the woman she replaced in the starting role, Justine Wong-Arantes, her consistency has been better. Whereas Wong-Orantes had ‘excellent’ receptions in 28% of the serves in which she was targeted (21/75), Robinson has been ‘excellent’ just 22% of the time (43/195). On the other hand, Robinson has committed errors on just 8.2% of her reception attempts (16/195) and Wong-Orantes committed errors on 12% of her receptions (9/75).

As a team, the Americans now have the second-most-efficient service reception in the tournament, as defined by excellents minus faults divided by total opportunities. They sit only small fractions of a percent behind Japan, a team known for their excellent floor defense.

Through Week 4 of the 2018 FIVB Nations League, Serve Reception Efficiency

The United States’ overall floor defense has improved as well. They have the most ‘excellent’ digs/attempt in the tournament so far (88.52%, Netherlands is 2nd with 84.55%), though their defensive faults are still relatively-high at 17.80% of attempts.

Other Key Stats Through Week 4