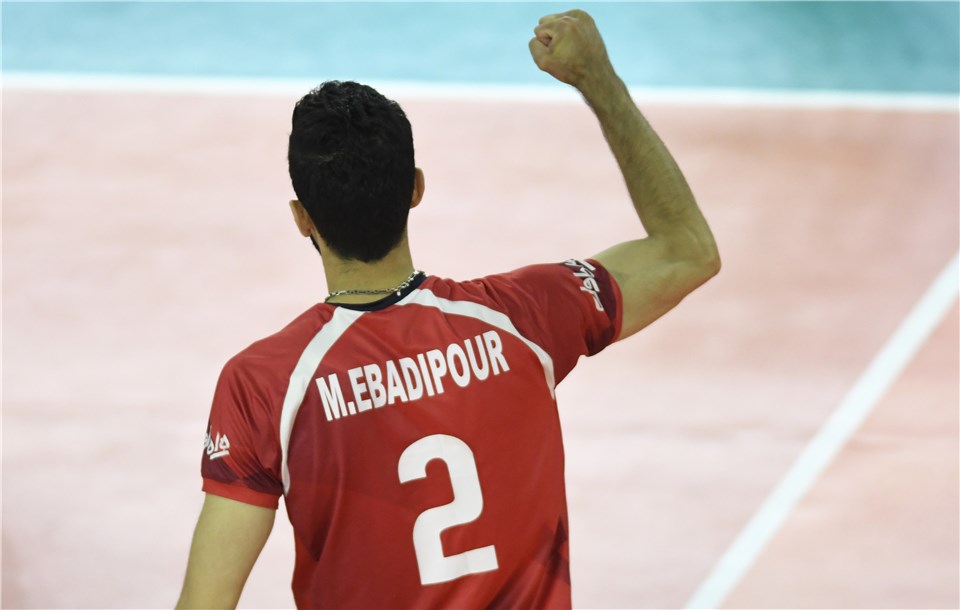 Ivan Zaytsev scored 17 points for Italy, but it was not enough to help his side past a Canadian team that was slightly better in every way. Facundo Conte scored a match-high 19 points to pace Argentina, but his team but gave away 40 points on errors in a five-set loss to Iran and dropped to 0-4. Current Photo via FIVB

Ivan Zaytsev scored 17 points for Italy, but it was not enough to help his side past a Canadian team that was slightly better in every way.

Graham Vigrass notched 17 points, with 14 kills, two aces and a block to lead the Italian charge. Stephen Maar (15) and Ryan Sclater (11) provided plenty of support alongside Jason Derocco (9). Maar turned in 11 kills and a team-leading four blocks, while Sclater managed eight kills, two aces and a block in two full sets and in a substitutionary role in the first two stanzas. Derocco chimed in with seven putaways, a block and an ace.

Zaytsev top scored for Italy with 17 points on 15 kills and two blocks, and Osmany Juantorena followed with 14 points (12 kills, 2 blocks), but the pair did not get enough help to lead the team to victory. Oleg Antonov was next on the scoresheet with eight points (4 kills, 3 aces, 1 block). Juantorena was reportedly nursing an elbow injury throughout the match.

Canada took the early advantage, but Antonov and Juantorena led the Italians in a 25-22 comeback win.

Zaytsev struggled to find consistency in Set 2 and Italy committed five straight service errors as the door opened for Canada to squeak past 27-25 in Set 2.

Tyler Sanders sliced open his hand running into the boards in Set 3, but that did not slow the Canadian attack. The set ended at 25-23 as libero Massimo Colaci’s dig of a Derocco kill attempt went begging as none of his teammates reacted and the ball flew into the net.

Canada never trailed in Set 4 and capitalized on several Italian miscues on the way to the 25-16 victory and the match.

Canada coach Stephane Antiga: “We played very well. It was a match that we prepared a lot for and it’s always a motivation to play against Italy because they played very good on the first weekend. We made an excellent match today. We needed that level to beat them. This is very important to qualify to the Final Six but we need to keep fighting.”

Canada captain Tyler Sanders: “We’re very happy because Italy were playing in a very good level and we couldn’t do it last weekend. I think we came in with a bigger spirit and we made a good game in serving and blocking. We’re going to keep planning to face each team and there are a lot of different team styles with great players this weekend. Our attack will be key but we also need to keep serving and maintain our concentration.”

Italy coach Gianlorenzo Blengini: “We’re disappointed for the result but we didn’t play well. We were not clear in our play and in part it’s normal because we didn’t train much together. We did it better last weekend, but we know we will find difficulties match by match. We found a very good team in front of us and we tried to find a solution with power, which was not the better way. They won because they played better than us.”

Argentina piled up 20 more kills than Iran, but gave away 40 points on errors in a five set loss, which dropped the homestanding Argentines to 0-4 on the tournament.

Milad Ebadipour tallied 17 points with 16 kills and an ace to lead the way for Iran. Amir Ghafour (11), Mojtaba Mirzajanpour (10), Seyed Eraghi (9) and Ali Shafiei (9) completed a balanced attack for Iran. Gharour posted 10 kills, while Mirzajanpour and Shafiei added nine and eight respectively. Eraghi made hay at the net with a team-best three blocks to go with six putaways. Mir Marouflakrani served up two of the team’s three aces.

Poglajen paced the Argentines with five points in a 25-21 Set 1 victory, which was sealed by a Loser block.

Iran battled back and took Set 2 25-22 with help from an Ebadipour serving run.

The combination of Ebadipour, Mirzajanpour and Eraghi was too much for Argentina to contend with in Set 3.

Argentina was not willing to send the home crowd away without a fight and led by as many as five en route to a 26-24 win to force the decisive fifth set.

Iran’s experience in five set matches, including wins in its last six tiebreak affairs, carried the team to an 8-6 lead in the final stanza. Ebadipour and Ghafour set up a final point from Farhad Salafzoon.