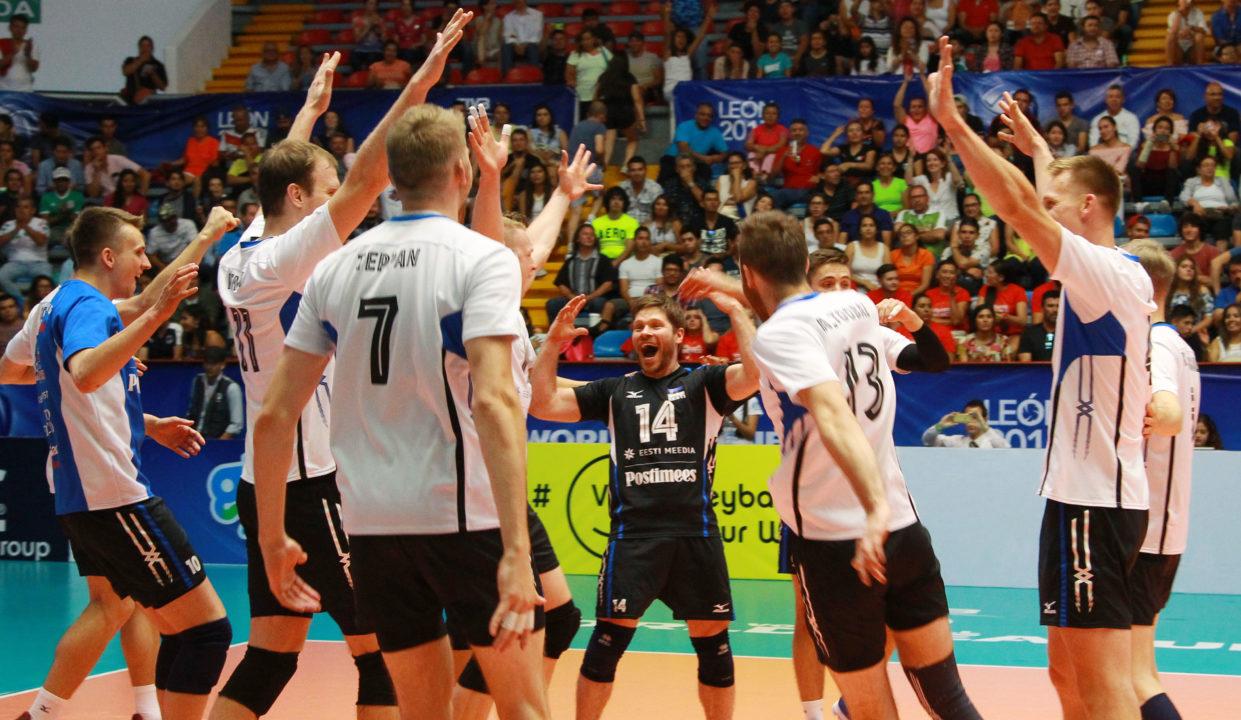 Estonia wrapped up their first-ever World League with a three-set victory over Spain to win the gold in Group 3.  Current Photo via FIVB

Estonia wrapped up their first-ever World League with a three-set victory over Spain to win the gold in Group 3.

The Spaniards had a slight advantage coming into the match, as they were ranked just one spot higher than Estonia to make it to the final four. These rankings did not matter, as Estonia swooped in to take the sweep over Spain as the third-ranked team coming into the finals.

The first set began as a tightly fought for the set, with a back and forth game happening until Spain took a small two point lead mid-set 16-14. Estonia fought their way back into the set, to take a 23-20 lead late. A service ace from the Estonian side ended the first set 25-22. The second set was a dominant performance from Estonia, as they used a big block to take down Spain 25-16, taking a 2-0 lead in the match.

The final set featured an 11-3 lead for Estonia, but Spain clawed their way back into the match, bringing the score to 16-13. That first eight-point lead proved too much for Spain, as they were unable to fully catch up despite a decent run at it, dropping the set and match 25-21.

Estonia was led by a trio of players, Ardo Kreek, Oliver Venno and Robert Taht. Kreek put down 14 points in the match including five blocks, while Venno and Taht contributed 12 and 11, respectively.

For Spain, Andres J. Villena put down 13 points in the loss.