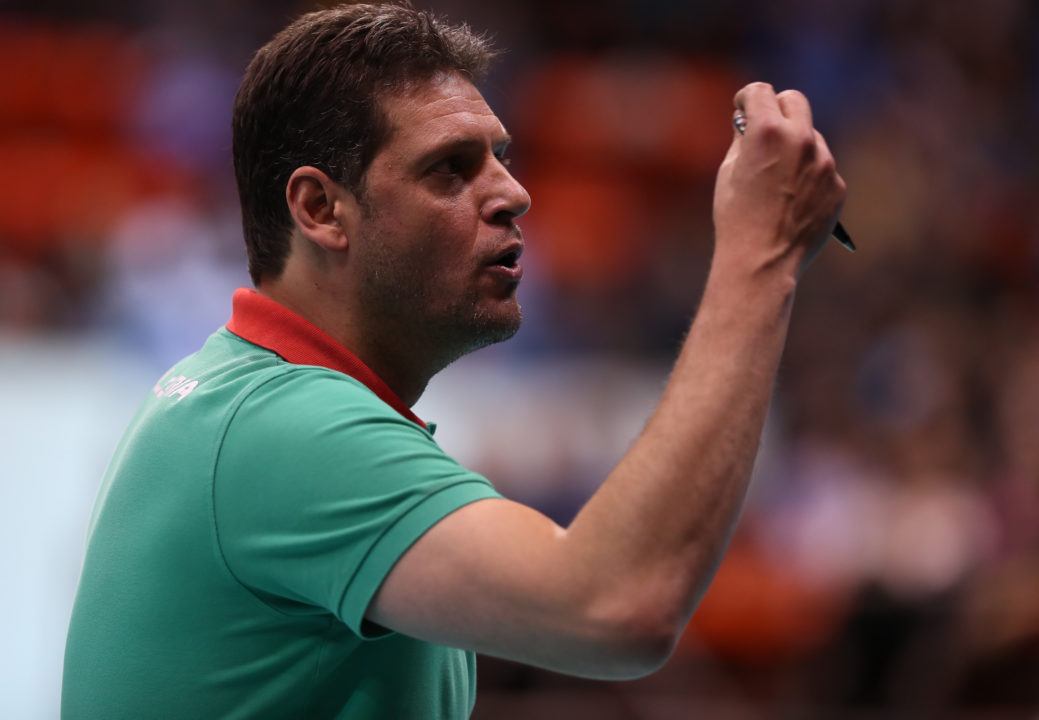 Plamen Konstantinov pulled no punches about his team’s failure, which included 31 errors and saw the team outblocked 13-7 by Argentina. Current Photo via FIVB

Bulgaria had its own fate in its hands. Win and advance to the World League Final Six. But the task proved too daunting for Plamen Konstatinov’s side on Sunday.

The coach was notable and understandably frustrated with his squad, which dropped the preliminary finale against Argentina, to allow the United States to grab the final position in the championship round in Brazil.

In fact, it was nearly a sweep that took out Konstantinov’s side as a late rally saved the team that disgrace.

“My team was too soft for the moment,” he said in a postgame interview with the FIVB.

Konstantinov pulled no punches about his team’s failure, which included 31 errors and saw the team outblocked 13-7. Argentina won the match by 17 points (98 to 81) and 11 points of that differential were due to Bulgarian mistakes (31-20).