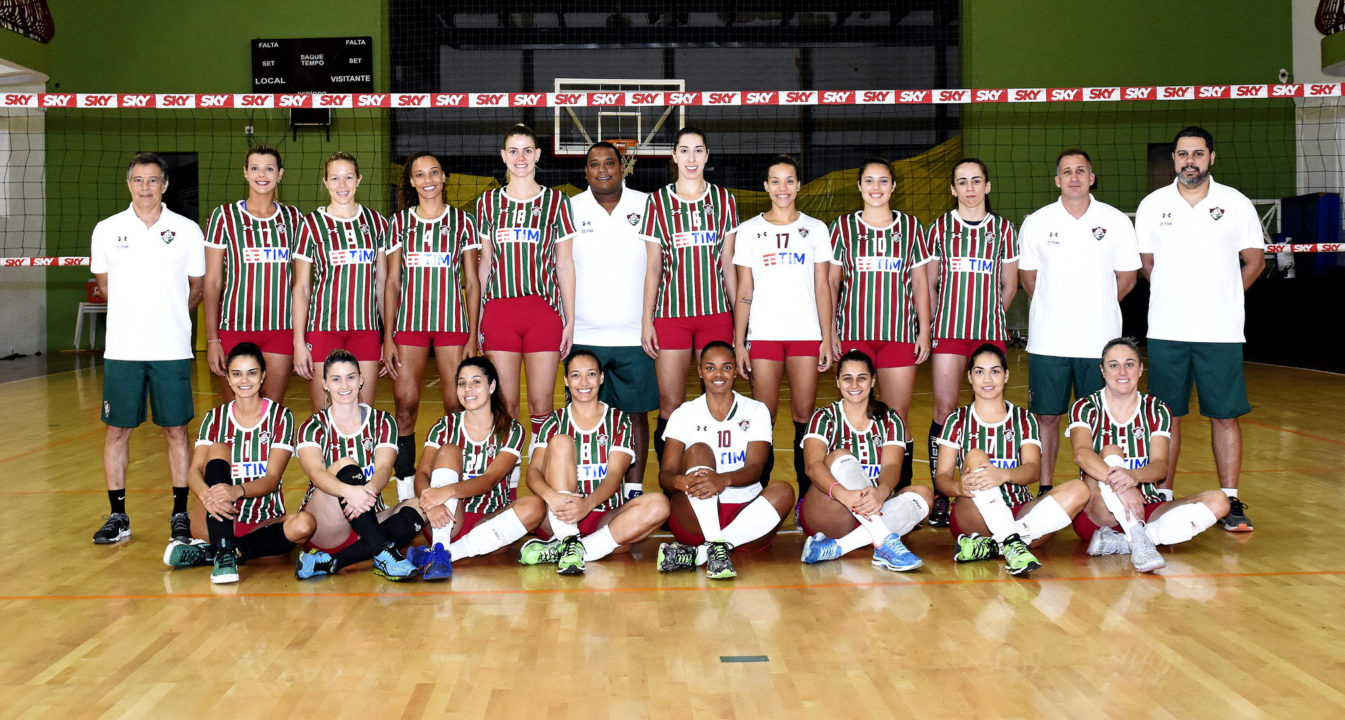 Also, we give you an update on former Team USA players Destinee Hooker and Nicole Fawcett on "Team USA Watch" Current Photo via CBV

Fluminense surprised volleyball fans for the second time in as many rounds. After handing Osasco a 3-2 loss last week, the team handed Barueri, a title favorite just like Osasco, a quick 3-0 loss. Fluminense‘s horrible season start seeks like a distant past now. Can it continue as Superliga moves on forward? Below, you’ll find information on all of the round’s game:

Destinee Hooker and Nicole Fawcett went head to head against each other this week in Uberlândia‘s win against Minas. While Hooker is still getting into shape, thus seeing limited playing time, Nicole Fawcett started for Uberlândia and had 10 points on 9 of 25 (36%) hitting, including an ace.  Hooker subbed in on all sets and scored 3 points on 3 for 6 hitting.

Once again, Fluminense takes home our team of the week award. After a very slow and disappointing start to its season, it looks like Fluminense has finally waken up from its slumber. In its last two games, it grabbed up wins against title favorites Osasco and Barueri. If last round’s game against Osasco was a war decided at the tie break, this round’s game against Barueri was a relatively easy 3-1 that saw the team only being really pushed to its limite during its narrow first set win (26-24). With that, the team rose up to sixth place in the standings. Things will only get better from now on, as Fluminense‘s next four games are against teams from the lower spots in the standings.

Player of the Week: Fernanda Tomé

São Caetano is desperately fighting for a playoff spot. It currently sits in 9th place, only two points away from 8th seed Bauru. However, São Caetano had one of its games, against lowly ranked Valinhos postponed, so it actually has one game less than Bauru. For the team’s hopes and dreams to become a reality, they will need Fernanda Tomé to play just like she did against Sesi in their next games. The giant 6’4″ opposite hitter erupted for 24 points in the match, while also carrying most of the load of the team’s reception line. The young player, who was recently called upon by the national team for the first time in her career, is carrying her team’s hopes on her shoulders.