Barueri Continues Its Climb Towards The Top. Superliga Round 6 Recap 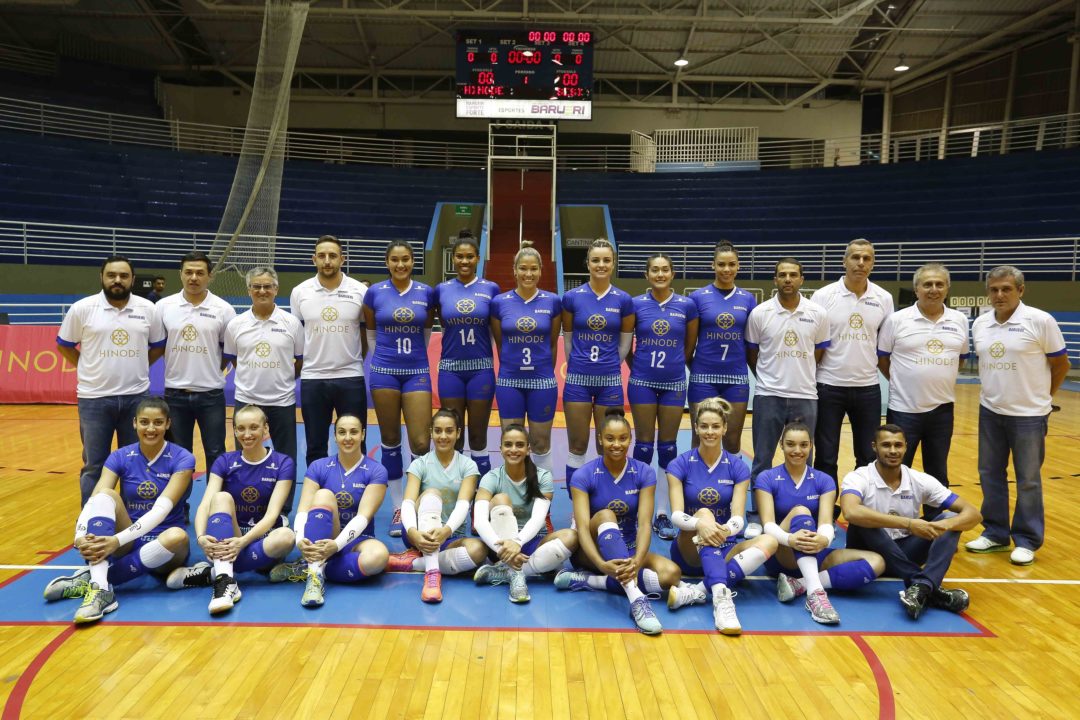 Superliga reaches now its quarter-way mark for the season. Round 6 of play was the most lopsided round so far in the competition, with all five of its matches (one match was postponed) resulting in a 3-0 finish. Uberlândia continued to steamroll through its opponents, as they are yet to lose a set in the tournament, while Barueri is making a very good run towards the top of the standings. Below, you’ll find information from all of the round’s action:

Destinee Hooker was in uniform for the game and made her first appearance of the season on the third set of the match. It was very brief, as she had only two attack opportunities, which resulted in no points. Meanwhile, Nicole Fawcett started for Uberlândia, and had 12 points on 9 for 29 hitting (31%), one ace, and two blocks.

Team of the Week: Barueri

After losing its first two games of the season, the first to last season’s runner ups Osasco, the second to last season’s champions Rio, Superliga newcomers Barueri has now won four straight games in their climb towards the top of Superliga standings. They are now in fifth place, but have a far easier schedule in their next couple of matches then its better placed opponents. If Barueri plays its card right, it may gain a few spots in the standings, which would put the team in contention for a top seed playoff spot, specially when Thaisa Daher and Katarzyna Skowronwska are cleared to debut.

18 points on 18 for 25 hitting (72%) would be an impressive stat-line for an elite middle blocker, never mind a pass-first opposite hitter. Having ridden Uberlândia‘s bench for a couple of seasons, Pri Daroit seems to have rediscovered her best volleyball, which netted call ups from the national team four years ago, in neighboring Minas. If she continues to play like this, Minas has a real chance at a deep run in the playoffs, specially when Destinee Hooker is back to playing shape.