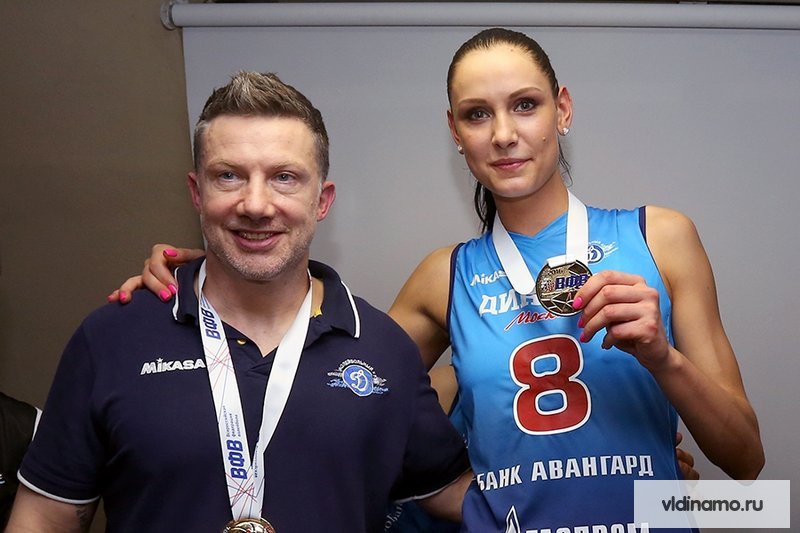 Is he throwing shade at the team's many injury problems throughout the WCH? Current Photo via Vdinamo.ru/n

The Russian national team, currently ranked 5th by the FIVB in its senior world rankings, has won 7 World Championships in its long and successful history as a volleyball team. It’s safe to say then that this year’s 8th place finish, the worst in its history, its very, very low by Russian standards. Although the team under-performed all around, injuries also took their toll within the squad. First, Tatiana Kosheleva didn’t even make it to the competition, nursing a knee injury. Second, the team’s biggest offensive ace, Natalya Goncharova, left the tournament midway with a shoulder injury. To put things into perspective, the same Gonchorova scored 36 points in the team’s last match of the preliminary round against the United States.

When asked on Dynamo Moscow‘s, one of Russia’s elite clubs, official website, the renowned Russian strength trainer Damir Ring had this to say of the matter:

“I want to say that injuries in professional sports will always happen, especially when the body is under stress, but we can avoid most injuries with the right approach to preventive exercises! A big role is played by recovery after workouts! And when our body is progressing, you need to pay attention to this! But each physical training coach has his own system (which should not be condemned) and his own vision , which leads to a certain result and goal! The final result is decisive , which shows what work was done. For me, the triangle: doctor, physical trainer. and head coach – is very important. This is how we work at Dynamo. I am happy that I can work with such a specialist as Sergei Rasskaz, we are always looking in the same direction and trying to achieve maximum goals! I am proud that I worked in the national team for 2 years, and at that time earned the title of European champions. But this year there was no concrete job offers for the national team. We were in touch with the girls from Dynamo, and I am always ready to help them.”

Is this resentment from being left out of the team, or overall worries about having three of his players away from his care? Either way, although very polished, the comment must have stung Russia’s top volleyball brass.