Korea Fights Past The Czech Republic For World League Win 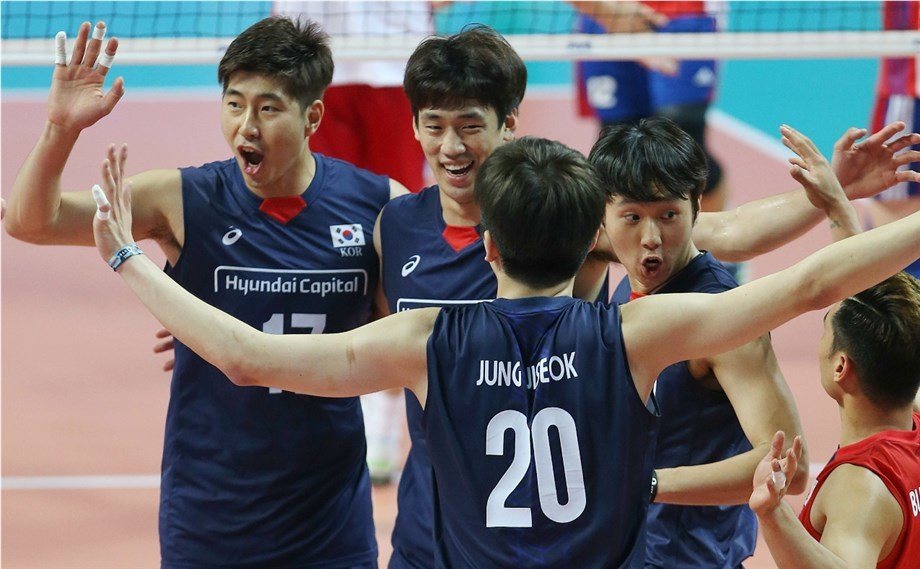 The first day of the World League has ended, with Slovenia and Korea winning their matches in Pool A2 of Group 2.  Current Photo via FIVB

The first day of the World League has ended, with Slovenia and Korea winning their matches in Pool A2 of Group 2. Tomorrow Korea will take on Slovenia, while the Czech and Finnish teams try to redeem themselves after their day one losses.

This was the first time in World League history that Slovenia and Finland played each other at the competition. Just last season, Slovenia was promoted from Group 3 to Group 2. This is the 13th World League appearance for Finland, while Slovenia has only competed two times.

The first set was a tight match, with Slovenia’s Tine Urnaut scoring nine of his 18 points in the match. Late in the set, after a close battle, Finland lost focus, dropping the first 25-22. The second set was more easily handled by the Slovenian side, with a 25-15 win.

The third set was a rally set for the Finnish side, as they were able to take a lead and keep it to win the third set 25-22. The Slovenian crew needed just one more set to win, but fell early in the set 2-6. Slovenia was able to fight back to 12-11 with the help of some Finnish errors. From that point on, the match was back and forth until the Slovenian team ended the match 25-23.

Slovenia’s Urnaut posted 18 points in the victory over Finland on the first day of World League play. In addition to Urnaut’s top-notch performance, Klemen Cebulj recorded another 14 points in the match for the Slovenian side.

The fourth set was all Korea, as they were fighting to hold onto the match. They were able to go on runs that the Czech team couldn’t handle, giving them the fourth set win at 25-20, forcing a fifth and deciding set.

The tiebreaker set was another close battle in the match, with the Korean team able to stay strong to end the match at 15-12.

Leading the Korean team in points was Jung Jiseok with 19, while teammate Lee Kang-Won added another 17. For the Czech Republic, Michal Finger was able to score a match-best 22 points with Vladimir Sobotka adding another 10.