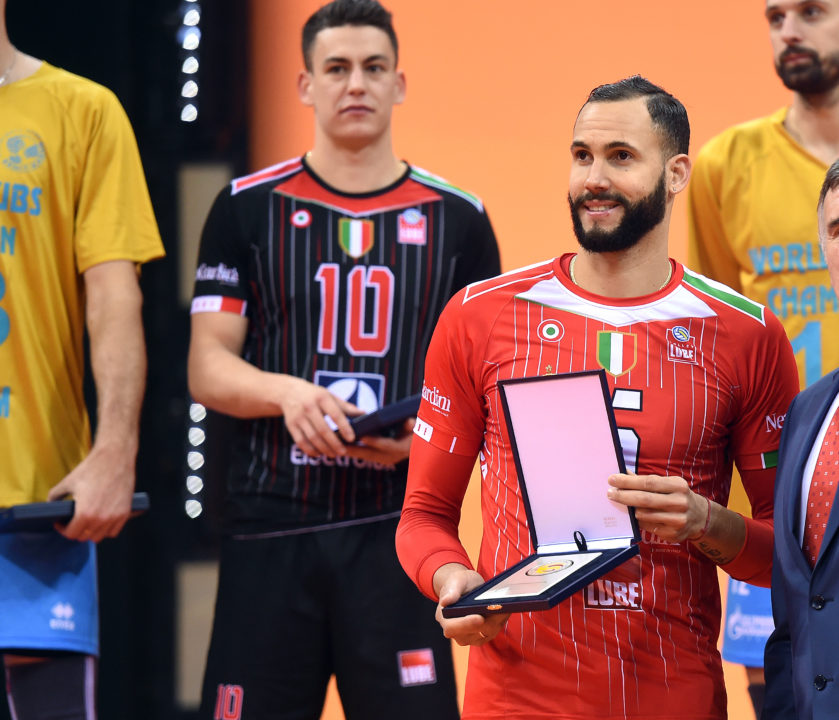 This was Juantorena's 4th ever FIVB Club WCH MVP Award. No one else has won it more than once. Current Photo via FIVB

It is great seeing world class players showing affection and humility between each other. When Wilfredo Leon won the FIVB Club WCH title with Zenit Kazan, he was not, however, being awarded its MVP prize and was asked about it by the media, he quickly and genuinely congratulated fellow Cuban Osmany Juantorena on his prize. This is how Juantorena responded to it on an interview posted on the competition’s official website:

“I am very happy to have been named MVP of this tournament. But I would have preferred to win the gold medal match with my team. I think I was awarded the MVP award due to my five final appearances. This award usually goes to the winning team, so it should have been for Leon. Wilfredo Leon is the real MVP this year.”

Both players’ contribution to their teams’ performances throughout the Club World Championship was astounding. Looking from a statistical point of view, Juantorena did slightly better than Leon on digging, reception, serving and overall scoring, while Leon did better on spiking success rate and blocking. They were pretty even when they went head to head against each other on the tournament’s finals, Juantorena scoring 21 points on 68% hitting and an ace, while Leon had 19 points on 65% hitting, including two aces and two blocks.

Cuban born players dominated the competition in Poland and four of them were awarded a spot in the tournament’s Dream Team. Juantorena also had something to say about this fact:

“I am very happy about this. Although none of us can any longer represent Cuba on the volleyball court, we are honoured to still be connected to our native country. I am proud of us all.”

We can only wonder what would it be like if all these players could play for the Cuban national team.