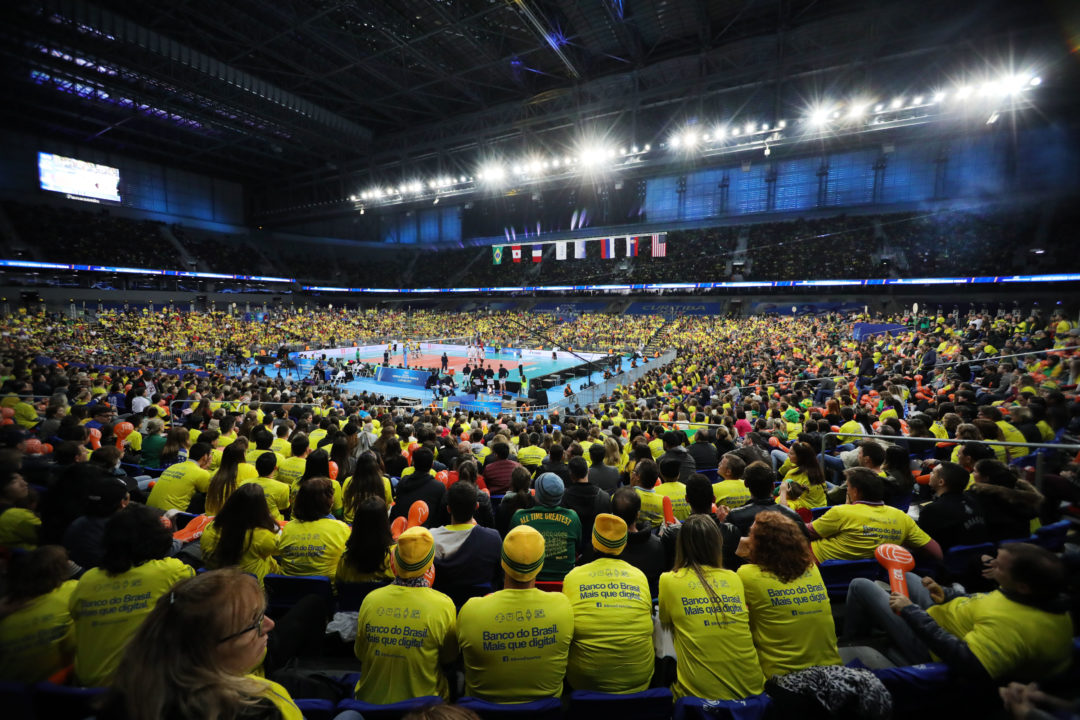 This seems to mean no more cable broadcasts included in your existing service either, as were available for much of the world in the past. Current 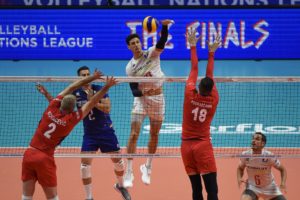 Say goodbye to the free live-streams of major FIVB Volleyball tournaments. Starting with this year’s newly-formed Volleyball Nations League, which starts around the world on Tuesday, the FIVB will be streaming all matches via subscription services.

The new program, managed by global sports, entertainment, and talent-management company IMG, will require viewers to pay to watch matches. While details have been strangely thin, some countries have sold the rights to other distributors, while some will be able to watch directly through FIVB Volleyball TV. For most European countries, the cost of the entire VNL will be €20 ($24). In the U.S., streaming service FloSports has the rights – they have not announced what a VNL-only subscription will cost or if it will be available, but their traditional service cost is $150 for a year’s worth of access to all streams.

Last year, an average World Grand Prix match had 50,000 people tune in either live, or at some point in the 10 months since, while World League finals matches had up to half-a-million viewers. Keep in mind that this is with many of the matches already being geo-blocked in the United States. These numbers do seem largely inflated, though – watching live, even with the streams being free, there were rarely more than a few thousand watching live.

This will be a test of how many people are willing to shell out big dollars to watch volleyball live, especially when the internet is rife with mirror sites and workarounds for these services. For example, Americans can use a number of freely-available tools on the internet to set their browser location to Europe, and avoid the annual subscription cost in the U.S.

The move is a mixed bag. If it works, it will prove that volleyball has viability as a televised sport that people will pay to watch, and greatly increases the financial viability of the sport globally. And of course, FIVB painted it as a good thing that you, volleyball fans of the world, will have to turn over more of your dollars.

“Volleyball continues to lead the way in fan entertainment, and our new OTT platform will offer unrivalled access to every single minute of the Volleyball Nations League. This is an incredibly exciting time for the sport, on and off the court, and we are delighted to be working with IMG on this project.

“There is a tremendous buzz around the Volleyball Nations League and the channel will ensure that fans of the sport in future will have access to the live action wherever they are in the world. Going forward, we want to create a service that delivers a year-round digital experience featuring coverage of all major tournaments and leagues as well as news and feature content. In time, we will introduce a range of packages so subscribers can choose what best suits them.”

Expect more of the same later in the summer for the World Championships.

The ‘industry’ thinks this is the way to the future – a la cart streaming services that focus on very specific niches, allowing viewers to customize their watching the experience. This will be a real global streaming test: have enough consumers ‘cut the cord’ (or scrapped the dish)? Will consumers currently paying for a sports package already through their television sets really want to pay more to watch other sports that aren’t on TV?

We’ll find out. We probably won’t, because it’s unlikely that authentic subscriber numbers will be released, but the FIVB has hinged a lot on this.

You can find it here! https://welcome.volleyballworld.tv/

No it only allows certain countries USA is not one or Japan China many are not. We pay on TV for sports they show sh**** soccer all the time but never volleyball. This is a Hugh mistake by FIVB we’re not paying extra when it can stream live on YouTube.

I’m in the same boat this is very annoying. How can we grow the sport when it’s banned in our country.

Definitely!! We will not be able to watch the matches of our idols!! This will definitely kill our dreams as a fan of volleyball.. Please make a way to resolve this..

I don’t mind to pay for good streaming service but FLO sports sucks. They don’t archive matches and quality is not that great.

So there is no way to pay to watch these games in America? This isn’t fair, I can’t even pay to watch my own team in my own country. Not cool fivb this is getting old. No wonder USA doesn’t do to well their fans can’t even watch.

I can’t believe we can’t watch these highly anticipated and advertised games in America. We’re willing to pay, I can’t belive I can’t even watch my own team play in my home country. Not cool fivb I cannot be the only one who wants this to be different. Maybe if Americans could watch they’d support the American teams more.

i can’t even pay for it because I don’t have a credit card :/ and I’m in europe

Goodbye volleyball. So sad as only the rich can afford $20 a month. Goodbye hero’s, sorry
we cannot watch you anymore. FIVB blocks you all.

is it possible to rewatch the matches??????

Hey Roel, in different countries, different things are available. In the U.S., from what I understand, match replays are not available. But, FIVB is putting them all on YouTube, they’re just blocked in certain countries. If you think that you live in a country where the FIVB replays should be available on YouTube but YouTube is recognizing you as being from the wrong country, you can use a VPN or proxy like TunnelBear or GeoProxy to change what country you’re browsing the web through.

I am a volleyball fan living in Hong Kong. Does anybody know if I could watch the FIVB men’s and women’s volleyball world championship 2018 LIVE in Hong Kong? It seems no TV broadcaster is going to show this competition in Hong Kong. Thanks for your help!

Andromeda – there should be something available through FIVB, but they haven’t announced details yet for the World Championships. We’ll be sure to post when they do!

I think you can watch it on SlingTV. If you’re not living in the USA – you’ll need a VPN. I have NordVPN’s subscription, and so far it’s worth the money.

I recently found USA men’s and women’s on YouTube. Takes some effort but at least they’re there along with some NCAA VB. Uh oh. USA women’s match against China just got replaced by Penn State vs Nebraska. ?!? I just saw this yesterday. Oh well.