Team USA To Face Off Against Japan – WGCC Day 4 Preview 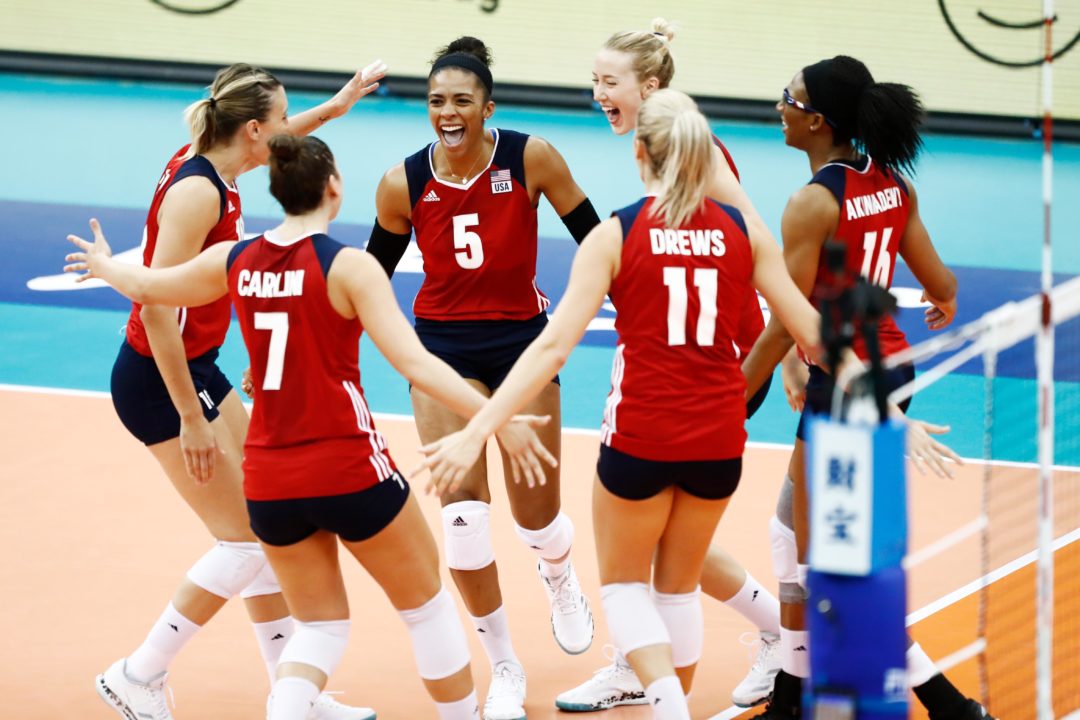 Both teams still have a small chance at the title. Meanwhile, China will try to extend its wining streak against Russia, while Brazil will try to bounce back against Korea Stock Photo via FIVB

Japan and USA, trailing close behind unbeaten China, with a 2-1 win-loss record each, will be looking to stay in contention for the title as they close the penultimate competition day in Nagoya with a face-to-face encounter.

Their most recent meeting came at the Rio 2016 Olympic Games in which USA won in straight sets. Team USA will be riding behind Kimberly Hill, who is playing exceptionally. Statistics shows that she is the tournament’s third most efficient spiker, with a 44.8& success rate. She is also the tournament’s best server. Jordan Larson and Lauren Carlini are also doing very well, Larson being the tournament’s second best digger and fifth best receiver, Carlini being its second best setter.

After two consecutive defeats at the 2017 FIVB Women’s World Grand Champions Cup in Japan, Brazil will be looking for recovery against winless Korea on Saturday. Most recently, these teams met at the Rio 2016 Olympic Games. In the preliminary round, Brazil won in straight sets.

Brazil has never lost three matches in a row at the Grand Champions Cup. It won’t happen this time, though, as Korea’s squad is just too young to contend at this tournament. After all, they scored only 4 points in a set yesterday against China. Let’s not forget they were invited to it with a wild card spot, hence, have no real business fighting against its top dogs. They are well in their way, just as we predicted before the competition, to be the first team in WGCC history to lose all its sets in the competition.

Brazil stingy defense will be led by its two middle blockers, Ana Beatriz Correa and Ana Carolina da Silva who are leading the statistics one and two, respectively.

This will be the 100th match in the history of the women’s Grand Champions Cup, a nice mark indeed, and what better way to celebrate then with a consolidated rivalry? The squads’ most recent head to head table was at the 2017 World Grand Prix. In the first week, China prevailed in five sets, but in the third week Russia took revenge and won 3-1. However, in the WGCC, the Chinese are still unbeaten after three games.

We expect Russia to put a fight, as they never been swept in its 23 game WGCC history. The Chinese, however, is a a well oiled machine, as it conceded only 30 points versus Korea, fewest for a team in the tournament. They are also in a six game win streak, if you consider 2013’s competition.