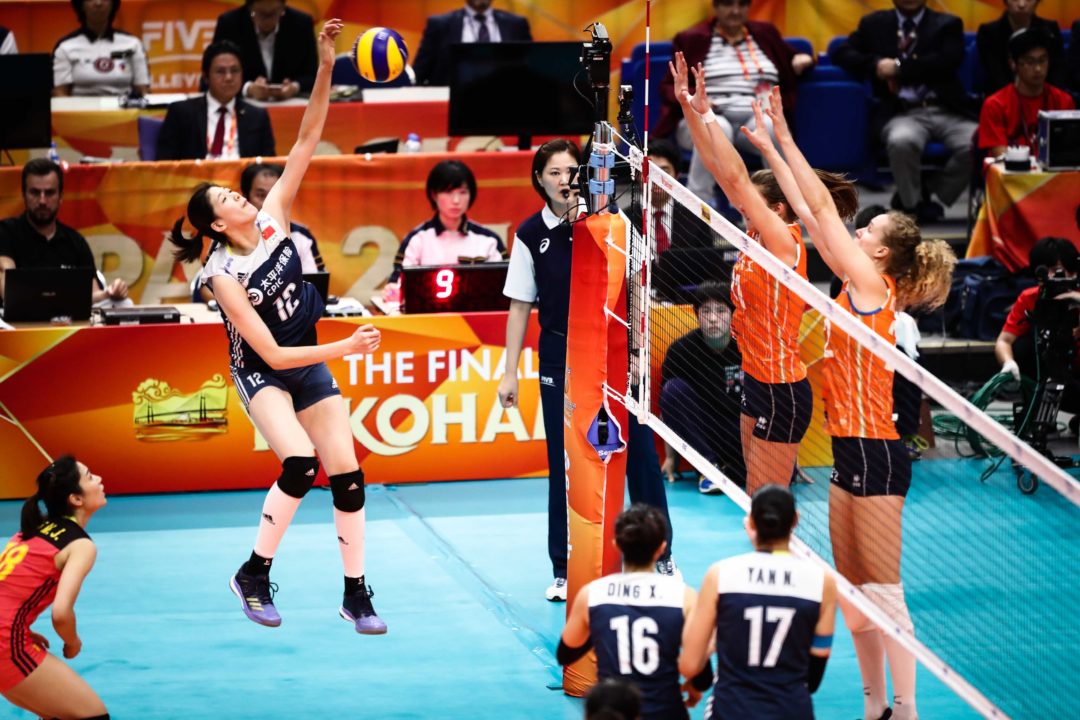 Lang Ping surely has a plan, and it probably involves a pathway to defending China’s Olympic gold medal in women’s volleyball at the 2020 Games in Tokyo. That plan, however, may have cost her team a shot at a gold medal in a major international tournament twice in the summer of 2018.

Li Yingying, who is still only 18-years old, has been used very carefully in crucial matches at both the 2018 Volleyball Nations League tournament and the 2018 World Championships. On both occasions, the 6’4″ leftie was used only part time, in spite of outperforming whomever happened to be starting in front of her, and on both occasions, China lost.

Yet, in both scenarios, a day later, in the bronze medal match, she started and went the whole way and was a huge contributor in China’s victory and final podium placement. At the Nations League, she played the whole match against Brazil, China won 3-0, and she was the team’s 2nd-leading scorer with 14 points.

History repeated itself in spades on Sunday, when Li started, played the whole match, led China to a 3-0 sweep of the Netherlands, and this time led the team in scoring with 20 points (4 aces, 16/28 hitting, 57%).

There’s always fear that an 18-year old might not be ready for a stage of this magnitude, in spite of the fact that this 18-year old broke the Chinese National League record with 45-points in a match last season…when she was only 17, and has consistently performed well on big stages (if not the biggest stages) for the National Team so far.

We’ve seen similar patterns before with China. At the 2013 FIVB World Grand Prix, Zhu Ting, who was then just 18-years old, was a focal-point for China in most of the matches leading to the gold medal match at the 2013 FIVB World Grand Prix. She scored 33 points in the semi-finals, playing in front of a huge crowd in Japan, against Japan, and scored 33 points.

A year later, at the World Championships, at 19, she was starting in the final against the US, but on a short leash, and was pulled after 2 sets when she was hitting 34%.

2 years later, she was the Olympic MVP.

So, maybe Lang Ping has a plan. The Olympics will always be prioritized over the World Championships for China, and they should be. It would have been fun to see her play against Paola Egonu and Italy in the semi-final. But if the result is a China team better-prepared for an Olympic run, than in Lang Ping we will all have to trust. Afterall, her team are the Olympic champions.