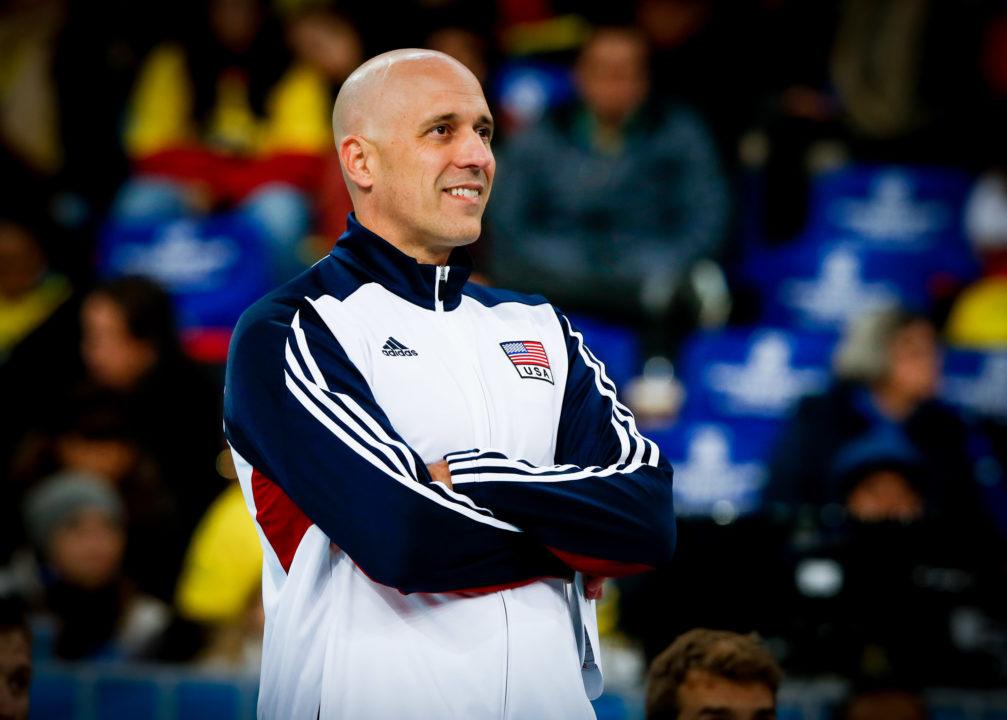 John Speraw and his young American team will be happy to have advanced as far as they have already, but need a win against the defending World League champions from Serbia on Thursday to stay alive. Current Photo via FIVB

It’s win-or-bust for the United States in the second half of Wednesday’s World League Final 6 double header. The Americans will need a win against defending champions Serbia to keep their hopes at advancing to the Final 6 alive.

A convincing 3-0 win would, thanks to pushing France to the tie-breaker on Tuesday, probably be enough for the Americans to advance, regardless of the outcome of the France-Serbia match. In that case, Serbia would have to beat a rested France team by 3-1 or 3-0 in Thursday’s Pool K1 finale. Of course, that is a possibility, given how offensively-challenged France was on Tuesday against the Americans, but it’s still an unlikely scenario.

For Serbia, a win of any score would be enough to advance them to the knockout stages, because the first tiebreaker is number of wins. The U.S. could lose 3-2 and sit higher than Serbia in every single other tie-breaker, but Serbia would still have the advantage of a win.

American starting opposite Ben Patch, who had 18 points against France on Tuesday, says that the World League atmosphere has been challenging for the young American team. He says that he’s been focused on the learning experience of the event.

Editor’s note: Video not made available in the United States. If you are not in the United States, but an error in YouTube’s geolocation service is still blocking your access, you can use a program like TunnelBear to redirect to the proper country. It is also airing live on Universal HD.