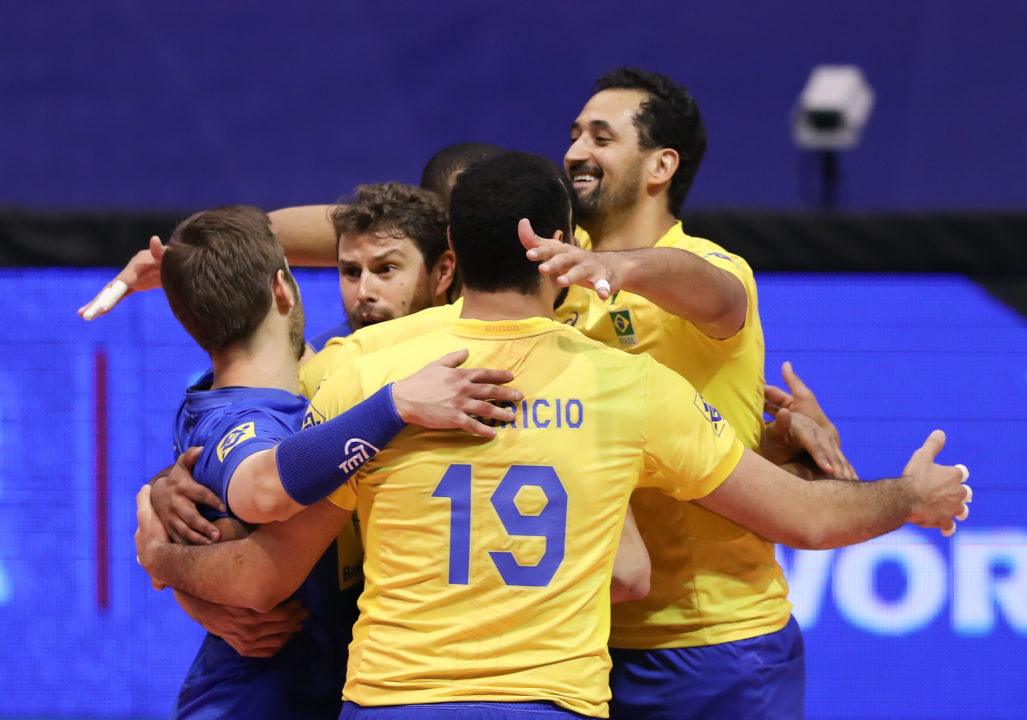 Day 1 of the 2017 FIVB World League gets underway in about 20 minutes (see time zones here) from the Arena da Baixada in Curitaba, Brazil.

The opening match will see defending Olympic champions Brazil open up against Canada. Brazil had been playing with a partial squad throughout the tournament, missing many of their Olympic stars. In the 3rd round of pool play, they got most of those Olympic stars back, but last-minute injuries again pulled many of those players from Tuesday’s match. That means no Luiz Felipe Marques Fonteles, and no Evandro Guerra.

They should still have enough firepower to overcome Canada, who ran hot-and-cold through group play. The team, which has only placed in the top 6 once in the tournament’s history (2013), finished 5-4 in pool play to take the 5th seed in this tournament. Defense was the name of the game in the opening rounds for the Maple Leafs – they had 2 of the top 5 blockers (Daniel Vandoorn and Graham Vigrass) in the opening round, and the 2nd-most active libero Blair Bann, who averaged 1.88/set in pool play.

Watch the full live action from the match below: