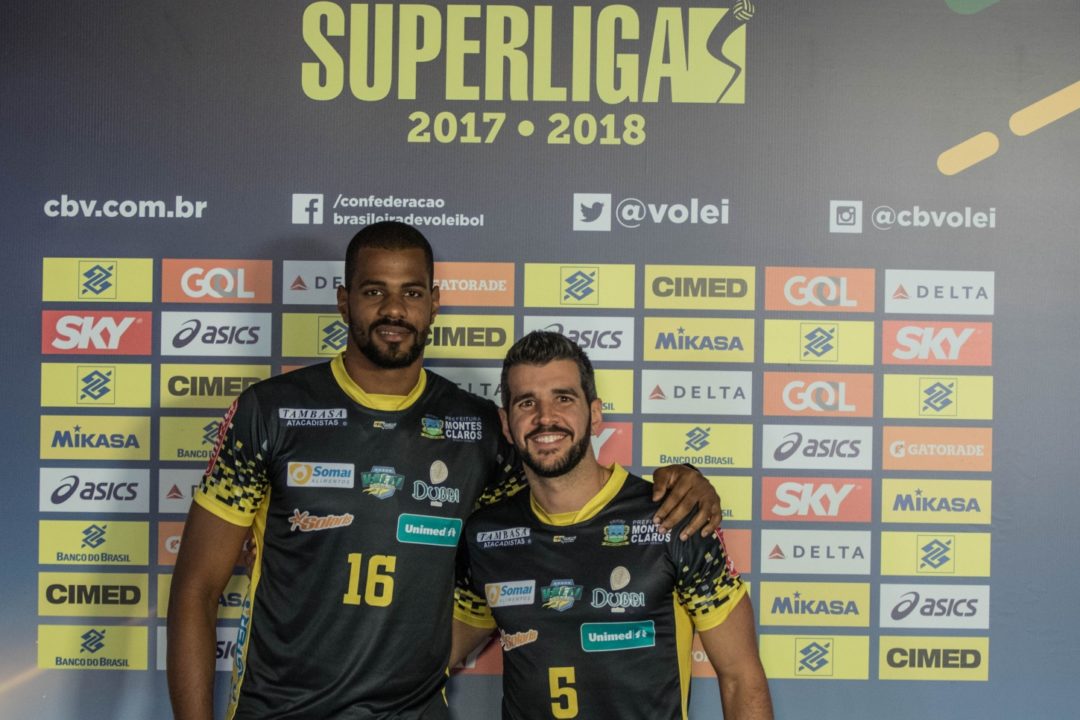 The higher you are, the bigger the fall. At least that was what happened to Superliga's 2nd seeded Sesc/RJ, who was upset by 10th seeded Montes Claros  3-1 (23/25 25/18 24/26 19/25), the latter without three of its starters. Its win clinched its permanence in Superliga's elite, and officially relegated JF Vôlei and Copel Telecom/Maringá. Current Photo via CBV

The higher you are, the bigger the fall. At least that was what happened to Superliga’s 2nd seeded Sesc/RJ, who was upset by 10th seeded Montes Claros  3-1 (23/25 25/18 24/26 19/25), the latter without three of its starters.  Alexander Marczewski’s 28 points on 25/42 (60%) hitting led the way for Montes Claros, while Renan Buiatti had 15 points in the losing effort. Montes Claros held Sesc to 44% hitting while hitting 54%. Its win clinched its permanence in Superliga’s elite, and officially relegated JF Vôlei and Copel Telecom/Maringá.

Team of the Week: Montes Claros

Montes Claros is a traditional middle-tier team in Brazilian volleyball. It reached its pinnacle in the 2009-2010 season, when it finished the competition in second place. Last season, it finished in a respectable 5th place, but saw its roster be dismantled after its good run, with 11 players leaving the team for more lucrative contracts. Thus, this season was in total jeopardy, but the team managed to come together and avoid relegation. This round’s win against powerful Sesc/Rj is made even more impressive when you take into account that 33 points separate both teams in Superliga’s standings.

Player of the Week: Alexander Marczewski’s

Alexander Marczewski came to Montes Claros after winning best opposite hitter accolades in the 2016-17 Spanish Superliga’s season. Although he has not totally lived up to the hype, this round he really showed why the team hired him. He exploded for 28 points in a very effective 25/42 (60%). An amazing teammate, Alexander (on the left) gifted his setter Cristiano Torelli his match MVP trophy with the following message:

“If there is anyone that helps you in your everyday life to become a better professional, that person has to be celebrated. Thank you my brother, count on me.”