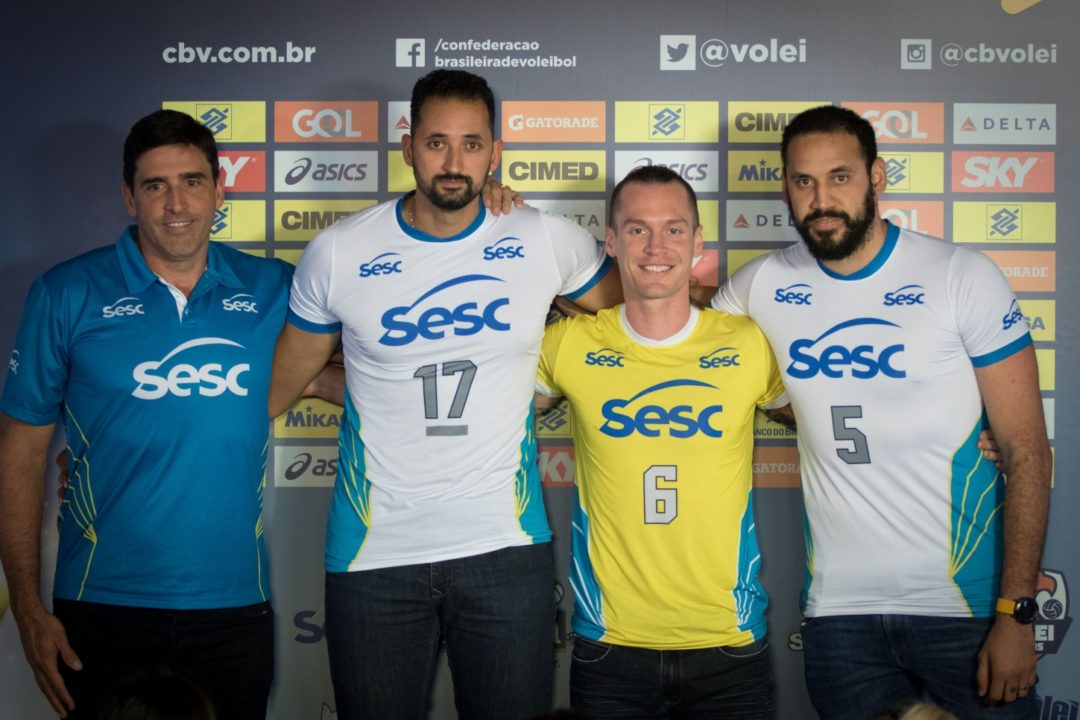 For the first time in years, Sada/Cruzeiro‘s dominance on Brazilian Male volleyball is being seriously contested. Only halfway through its season, it has suffered its second loss of the tournament, something very unexpected. In addition, it has been knocked off the the leading spot in the standings (albeit temporarily as it still has postponed games to play to get into schedule) by the first time in months.

As a consequence, volleyball fans everywhere are gifted with a brewing rivalry between Cruzeiro and SESC/RJ. In their latest encounter, the newly promoted Sesc was able to pull off the biggest upset of its short existence so far by handing Cruzeiro a 3-2 defeat (28/26 20/25 25/23 19/25 20/18) behind Mauricio Borges‘ 16 points. Yoandy Leal had 18 points in the losing effort. Cruzeiro outhit Sesc 56% to 46% while also out-blocking it 11 to 6, but came up short in the game’s deciding moments. Both teams combined for an absurd 97 match errors (Cruzeiro with 47, Sada with 48).

Below, you’ll find info on all of the round’s games:

Team of The Week: Sesc/RJ

Sesc/RJ has been heavily featured in VolleyMob as Brazil’s next volleyball powerhouse. A newly formed team, it has enjoyed success already in its first season. After beating Taubaté in its first Superliga game, and coming very close to beat Cruzeiro in their first encounter, Sesc finally grabbed its spot in Brazil’s volleyball pantheon by finally beating 3-times World Champions Cruzeiro and assuming Superliga’s leading spot on the its standings.

Player of The Week: Leandro Vissotto

We at VolleyMob like to reward players who led their teams to win during the week. However, it impossible to overlook Vissoto’s scoring line this time around. The former Brazilian national teamer torched Canoas‘s defense for 37 points on  32/44 (73%) hitting, including three blocks and three aces. Such effective offensive firepower has to be celebrated, even though it wasn’t enough for Campinas to come out with the win. Vissoto now leads Superliga with 5.15 points per set, and is its second best server.

Vissoto has stated in the past that he dreams to return to Brazil’s national team. If he is able to pull of more performances like this, coach Renan Dal Zotto will have no choice but to consider him for a spot.