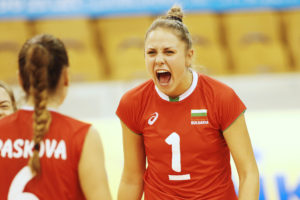 Teams are still adjusting to FIVB’s new rules. Bulgaria’s Gergana Dimitrova took advantage of them, as she helped her team come back from being down 3-0 to beat Cuba 4-3

Favorites Show Dominance On Day 2 Of Women’s U23 Worlds

Brazil, Slovenia, Bulgaria, and China all play very effectively and remain unbeaten after the second day of play in Ljublijana

Twelve teams from five continents are competing for the Women’s U23 crown. Today, all favorites opened with wins

With the FIVB Under-23 World Championships just finished in Cairo, Egypt last weekend, it was a surprise with Argentina winning…

How did coaches and players react to FIVB’s proposed new rules?

With the gold medal, Argentina cements its status as the biggest contenders for a new spot on men’s volleyball pantheon

Russia knoced out Brazil in a thriller while Argentina strolled through Cuba in the path to the finals.