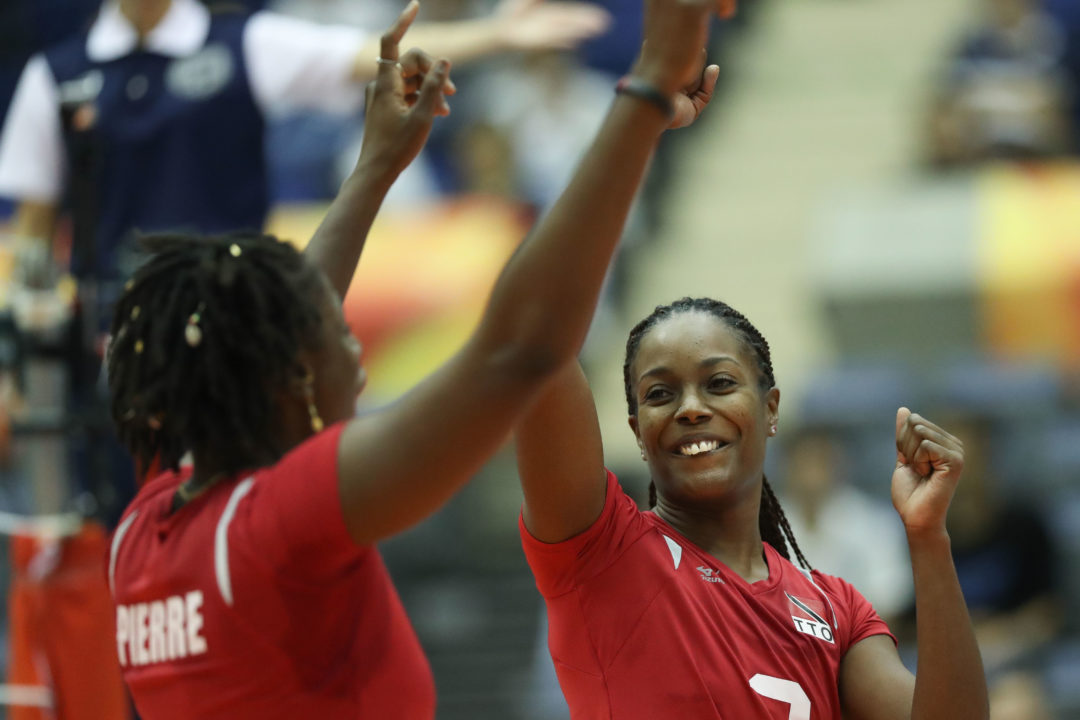 The first day was a day of firsts in Japan, including Trinidad & Tobago's first-ever World Championship match. Current Photo via FIVB

Day 1 of the 2018 FIVB Women’s Volleyball World Championships only offered really one spectacular match, Thailand vs. South Korea. But that doesn’t mean that they day lacked big moments.

It was a day of firsts at the World Championships. The Cameroon women became the first African team to ever get a win at the women’s volleyball World Championship, and later in the day Kenya followed with their country’s first-ever win.

The small islands nation of Trinidad & Tobago made their World Championship debut. With a population of just 1.35 million – about the size of San Diego – they are the smallest team participating in this year’s World Championships, and one of the smallest to ever qualify for the tournament. They lost 3-0 to the tournament’s most successful team in history, Russia, but it was a historic debut none-the-less.

This was a huge matchup in Pool C. With Russia and the US the favorites to wind up 1-2 in this pool in some order, Thailand’s win over regional rivals South Korea gives them a huge leg-up in the chase for those 3rd and 4th spots, which also qualify teams for the 2nd round of the tournament.

Thailand beat South Korea 3-1 in the Asian Games semi-final earlier this year, but that win belies the broader trend at world tournaments between these two teams. Dating back to the 2004 World Grand Prix, Thailand won their first match since, and they did it without 18-year old Chatchu-on Moksri, the team’s best scorer who injured an ankle in the Asian Games and is available, but coaches are hoping to give her a few extra days to rest.

In her absence, another young player, Pimpichaya Kokram, scored 25 points. If Thailand can get Moksri back by the end of these preliminary rounds, they look destined to achieve their goal of advancing to the 2nd round and sexuring a spot in next year’s Olympic qualifying tournament.

With due respect to Dutch hitter Lonneke Sloetjes, who had 36 points in the team’s 4-set win over Germany, the Kenyan captain Mercy Moim is the clear choice for player of the day.

She was the 2nd-best scorer of the day with 28 points, hit 59.5%, had 3 blocks, and captained her team to a historic first-ever win in the World Championships.