Big Ten Rewind: A Look at the League Heading into Conference Play 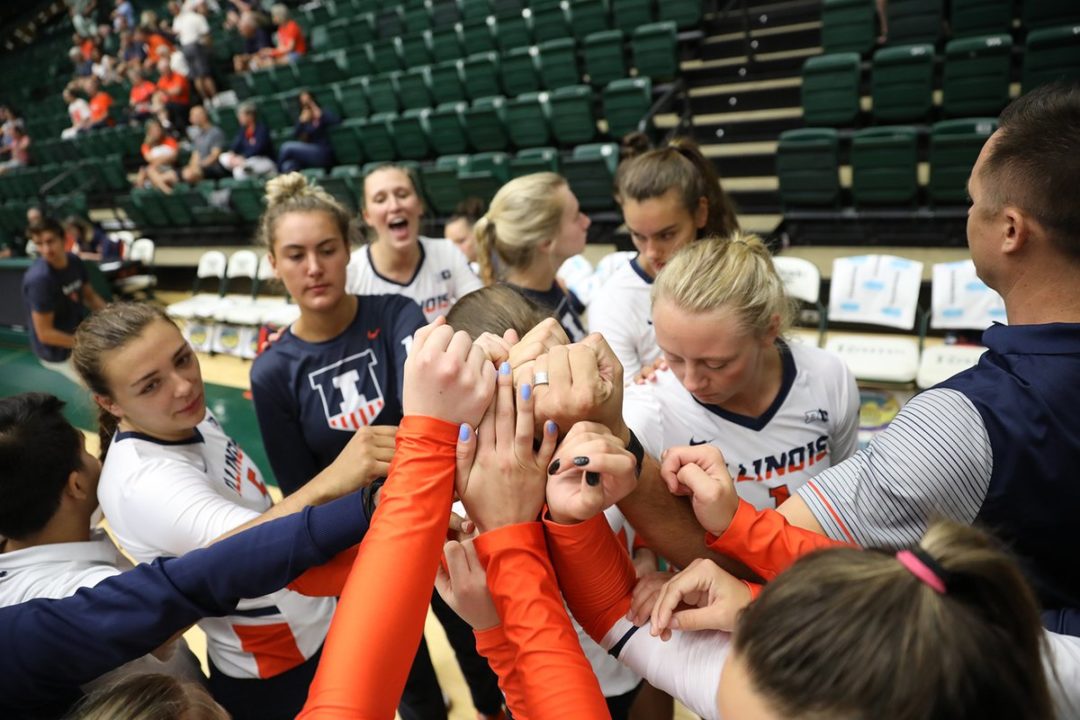 The Big Ten could make a case for being the best league in the nation with a strong 83 percent winning percentage (127-26), seven teams among the VolleyMob Top 25 and three undefeated teams, but the conference is still largely untested. Current Photo via Illinois Athletics

As it stands heading into the conference season, the Big Ten could make a case for being the best league in the nation with a strong 83 percent winning percentage (127-26), seven teams among the VolleyMob Top 25 and three undefeated teams, but the conference is still largely untested with some major meetings ahead on Week 1.

Even Rutgers, with a 6-7 record is improved, surpassing its win tallies from the last three years and sits just one shy of the 2014 season total (7-26).

Nebraska was picked to win the league by the conference coaches.

Illinois: The Illini are one of six undefeated teams left in all of Division I and one of three in the Big Ten.

Iowa: The Hawkeyes bring a six-match win streak into conference play, including a 3-1 road upset win over instate foe Iowa State, their first win in Ames since 1997.

Indiana: Indiana has won its last four matches since falling to its lone ranked foe of the season in Northern Iowa (3-1).

Maryland: The Terps come into the Big Ten season after a five-set loss to Princeton on Saturday. The team will look to rebound against former travel partner Rutgers on Wednesday at home in College Park.

Michigan: The Wolverines are off to their best start since 2011 heading into Friday’s match with No. 5 Nebraska in Lincoln.

Michigan State: After dropping their season opener to Tennessee in four sets, the Spartans have rallied with 12 straight wins, although they have yet to play a ranked opponent. The 12-match win streak is its longest in non-conference play since going 12-0 in both 2009 and 2012.

Minnesota: The Gophers were among the ranks of the unbeaten until Week 3 when they faced Stanford and Oregon in Palo Alto, California at the Big Ten/Pac-12 Challenge, losing both matches in four sets.

Nebraska: The Huskers have won nine straight, including a sweep of Oregon and a five-setter against instate foe Creighton, since dropping their season-open to Florida.

Northwestern: The Wildcats swept the competition at the Chicago Cup last weekend, bringing a three-match win streak into Friday’s match at Indiana.

Ohio State: The Buckeyes snapped a five-match win streak with losses to Tennessee and Dayton at the Flyer Invitational on Saturday.

Penn State: The Nittany Lions bring a four-match win streak into conference play, winning the American Volleyball Classic title last weekend with sweeps of Howard and Buffalo and a four-set win over American.

Purdue: The Boilermakers survived their lone top 25 meeting of the season, handing Alabama its first loss on the road in Tuscaloosa on Friday.

Rutgers: The Scarlet Knights have already surpassed their win totals from the previous three seasons and are one away from matching their 2014 output.

Wisconsin: The Badgers bring a three-match win streak into Big Ten play, after winning two matches at the Marquette Invitational, including a sweep of the #17 Golden Eagles.