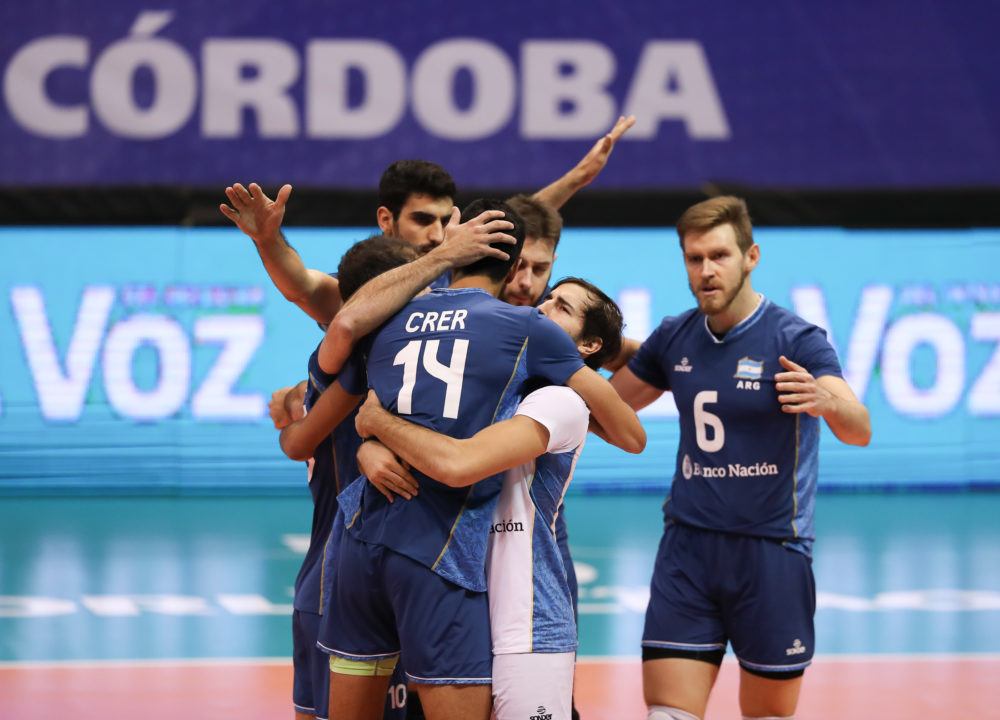 Both Brazil and Serbia had already punched their tickets to the Final Six, so Sunday’s match was merely a formality, but both sides found things to work on in a four-set win for the Brazilians in Pool G1.

On the other hand, it was a win and in situation for Bulgaria, which stubbed its toe and lost out on the Final Six with a four-set loss to home-standing Argentina.

‘There are always things to improve, we improved a lot from yesterday especially in our system and our attack,” Brazilian coach Renan Dal Zotto said. “I’m happy because we won against a great team that has been showing a high international level in the last years. We have to keep improving for the Finals. We hope that playing at home give us more strength.”

‘We need to celebrate this victory; it was an important one against one of the best teams in the tournament,” De Souza said. “We were smart enough not to fall into their block, they are very strong in that aspect and we understood that the victory needed us to do something different. Week by week we are getting better. Next week will be tough and full of trainings. We hope to reach Curitiba in our best shape.”

‘We had a few situations on the first set, but we didn’t do it well and they played very good and it is more or less acceptable,” Serbian coach Nikola Grbic said. “What I can’t accept is what we did on the second set, when we just stopped playing. Then I liked the reaction in the others sets, we played aggressively with concentration and that’s how I would like to play every much. It was a great job against the last Olympic champion and we’re both qualified.  In a few moments we played spectacular volleyball, but I think we could do it much better. I hope we improve our game for the Final Six.’

Bulgaria was out of sorts from the start in a four-set loss to Argentina and committed 31 errors in the match. The Argentinians were buoyed by a large home crowd, but also by 13 blocks and five aces.

Argentina built a 13-8 lead in Set 1 and held Bulgaria at bay for a 25-16 win. After trailing 8-7 in Set 2, the Argentinians built a four-point edge at 16-12 with help from a Nicolas Bruno ace. Bulgaria cut the margin to one at 18-17, but Argentina closed out the stanza on a 7-4 run, including an incredible foot save by Pablo Crer, The teams were back and forth throughout Set 3, tying at 20, 21 and 22 late. Bulgaria got a kill and a block to go up 24-22, but a net serve kept Argentina in it. The Bulgarians extended the match with a kill by Todor Skrimov. Argentina worked its way to a 14-10 mid-set lead in Set 4, and raised the advantage to five at 20-15. A triple block set up match point at 24-19 and Bruno kill two points later gave the home side the win.