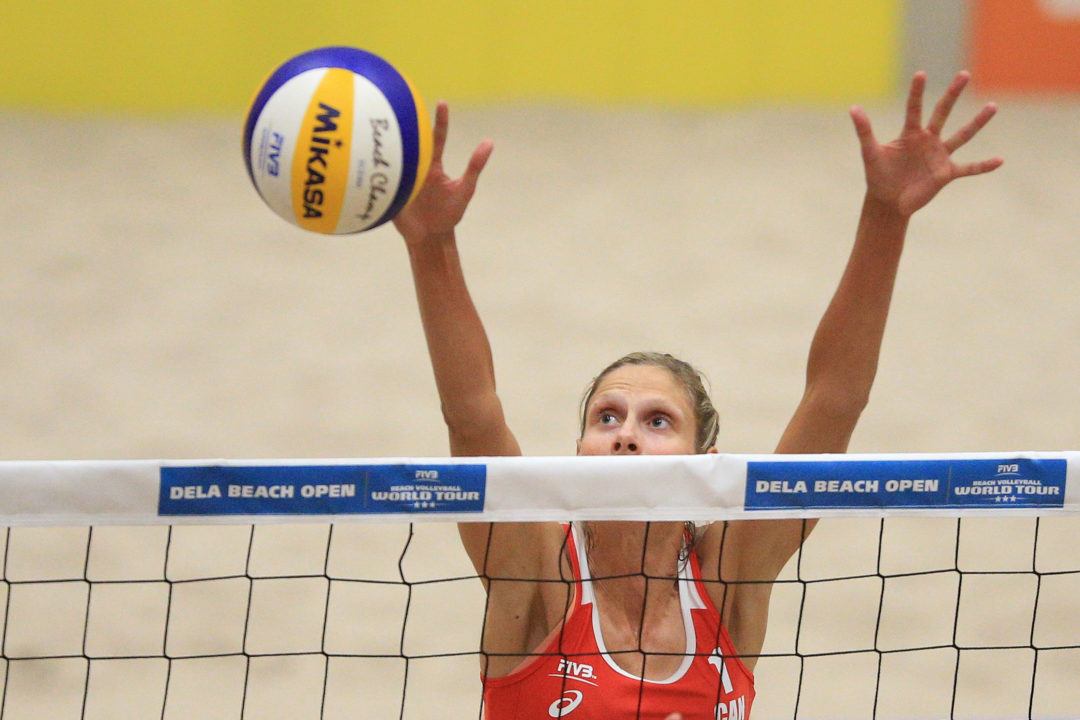 Starting with his hiring in late 2010 as president and CEO, Mark Eckert has transformed the way all disciplines of... Current Photo via FIVB 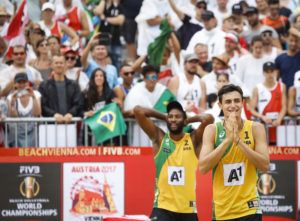 Starting with his hiring in late 2010 as president and CEO, Mark Eckert has transformed the way all disciplines of volleyball are treated and viewed in Canada, from both a business and a technical training point of view. We at VolleyMob have kept tabs on Canadian volleyball recently, with this article talking briefly about the hiring of Stephane Antiga as the Canadian Men’s National Volleyball team head coach.

However, Mr. Eckert’s work with hiring Antiga barely scratches the surface of the immense success of all aspects of Volleyball Canada.  This is not just a mild success in the past two years.  As referenced below, this is a work in progress, with an eye constantly looking ahead. Here are a few points of emphasis to their success:

VolleyMob: It’s been an interesting year-plus to two years for Canadian volleyball, not only for juniors and uSports, but for both the indoor and outdoor teams. What is the biggest thing that you’re proud of in that time frame?

Mark Eckert: Well, obviously a 24-year drought of being in the Olympics being eradicated was something as an organization we strived for. It really was a very hard mountain to climb.  Once we got there, it seemed to be a tipping stone. You described two years of work; we think that there’s six or seven years of work behind that.

ME: I wanted to find out what tournaments were important to the technical people. That’s not my role. My role is to provide the resources that they require to be successful. We changed it to being run like a business. And we treated Canadian Volleyball like a business. We stopped making emotional decisions and started acting like a business, because it is a business after all. First of all, we needed a staff. Go back five years ago, we had one technical director that was in charge of men’s, women’s, indoor and beach, men’s and women’s sitting teams too.

ME: One! (laughs) We have three now, and we think we need another one. (laughs) Yeah. That’s what I inherited when I showed up in 2011 and decided that this person can’t survive. Hiring the right high performance coaches on top of knowing where to place them, indoor or outdoor, was the first thing we addressed when I arrived.

VM: So with those added technical directors, did this allow other aspects of Canadian Volleyball to flourish?  What opportunities arose?

ME: We moved into a new facility that allowed for more year-round training for both indoor and outdoor for both genders. We continued with the process of hiring full-time coaches. Our cadre has improved simply by making the facilities and resources available.

VM: You had not one but TWO partnerships finish in the top five in the FIVB Women’ Beach Championships. Pavan and Paredes made it to the bronze medal match. Pavan wasn’t even paired with Paredes for that long of a time.  Do you credit Pavan’s natural world-class abilities or the fact that you have full-time coaching for your teams?

ME: Sarah’s an exceptional athlete.  There’s no one like Sarah in the world, to be so successful on both the indoor and outdoor stages. Her ability to play indoor professionally and then switch over to play beach with the best in the world is unmatched. Melissa complements her perfectly. They turned out to be a pretty dynamic team in a pretty short time frame.

VM: And then on the men’s beach side, there’s Saxton and Schalk finishing fifth at FIVB’s. Did you see beach success from both the men AND the women four to six years ago?

ME: On the beach side, they’ve worked really hard to create this culture of competition. Our beach athletes and the pairings have to compete for everything every time. They’re a pretty deep group. Yes, there are two top fives on the women’s side and the top five on the men’s side, but there’s also another top ten in there with another partnership nipping at their heels. There’s always a competitive edge in training. It is no longer about basic objectives. It is “what did you do?” Did you finish well? Did you finish in the top ten? Top five?

VM: To completely switch gears to men’s indoor….what’s in the water at McMaster? To walk into Columbus, Ohio and defeat the two-time defending NCAA men’s champ (Ohio State) on their floor TWICE, and beat them again the following year? That’s three in a row! Can you speak to the level of junior training that allows a team like McMaster to have consistent success on this continent?

ME: (Laughs) That one’s not simple. There’s a lot of hard work put in by the folks at McMaster. Dave Preston, their head coach, has worked with the national team, he’s a hard-working, exceptional trainer. He recruits well. Many of those players spent their summers playing in our developmental pipeline for the national programs. So there’s a little cross-skill promotion going on there. The men’s indoor team have a similar training philosophy to the beach teams in Gatineau, Quebec, just outside of Ottawa, that all of the developmental teams train year-round.

VM: Speaking of the men’s indoor team, with their fifth place finish at the Olympics in 2016 and now a third place finish at World League this past summer, and then for them to turn around and play in a friendly tournament against Russia, Poland and France directly after World League. How proud are you of all the work they put in?

ME: I think the group that got us there, to the Olympics, set the foundation for what was to become the structure of those coming in behind. We had a big turnover of athletes from Rio to the World League. We definitely had some strong, young players playing in our developmental system that showed up and were expected to play at that level. That your job is not to come and just participate. It’s to compete and win. You’re expected to win. The Wagner tournament is an interesting one. Anything could have happened. There were four really high-level teams and those four were really beat up teams.

VM: Sure! From Rio to World League to the Wagner. That’s a lot of volleyball in a little less than a calendar year.

ME: The injuries and the fatigue that I’m hearing about from ALL of the teams and their high performance trainers said that the Wagner was great, but there was a bit of surviving going on. (laughs) We’re very focused on staying at a high level, regardless of competition or level of fatigue. We’re very proud of their perseverance.

ME: More of the same! (laughs) More from the developmental teams, more focus on the next generation of athlete that we’ll receive in our system. Trying to stay in this new level of World League. That’s what we want to do. That’s the expectation.