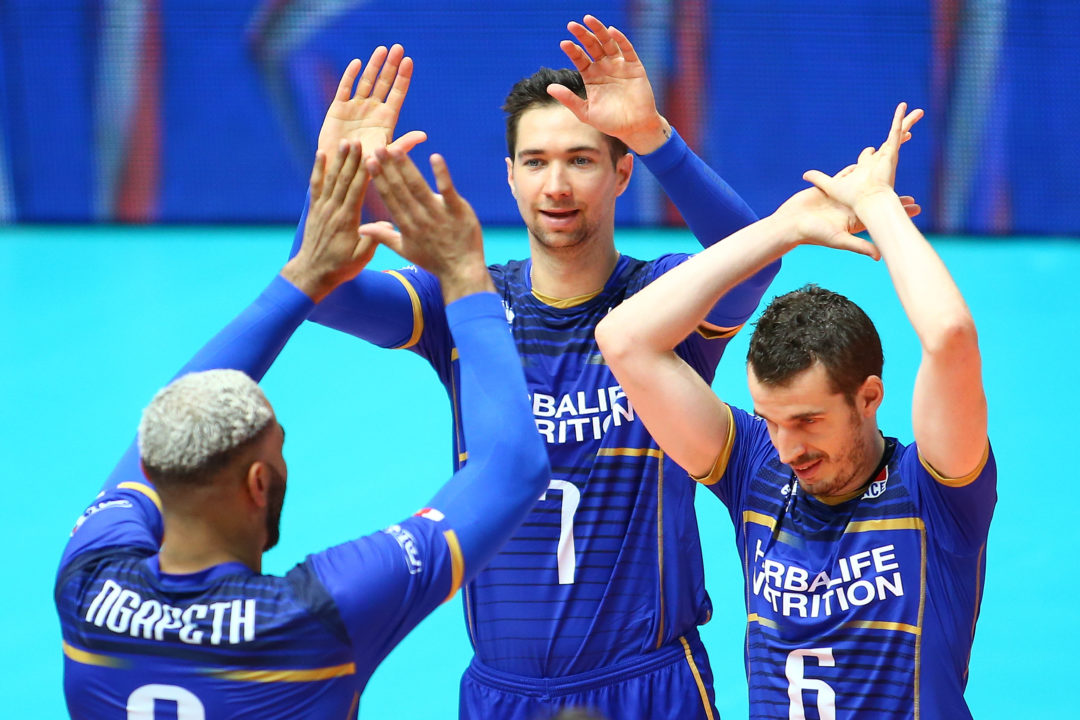 After 120 matches, the stage is set for the inaugural men's Volleyball Nations League Final Six.  Current Photo via FIVB

After 120 matches, the stage is set for the inaugural men’s Volleyball Nations League Final Six.

Poland claimed the final spot among the group in the second game of the day with a sweep of Australia. Also in Melbourne, Brazil fell to Argentina (4-11) via sweep, dropping to fifth place in the standings.

Serbia closed out the round-robin round with a four-set win over China.

France bested Russia in a sweep to wrap up the top spot in the standings, and the United States blanked Italy in match 120 to sew up the third spot.

In other results, Bulgaria bested South Korea and Iran edged out Germany, both in five sets.

Here’s a look at how the final day of competition went down.

France ended the preliminary round atop the standings, followed by Russia, the United States, Serbia, Brazil and Poland.

By virtue of the serpentine scheduling, France, Serbia and Brazil will play in Pool A in the Final Six, while Russia, the USA and Poland will make up Pool B.

At the other end of the ledger is South Korea at 1-14. The South Koreans will be relegated and Portugal, the winner of the Challenger’s Cup, will take their spot in next year’s VNL.