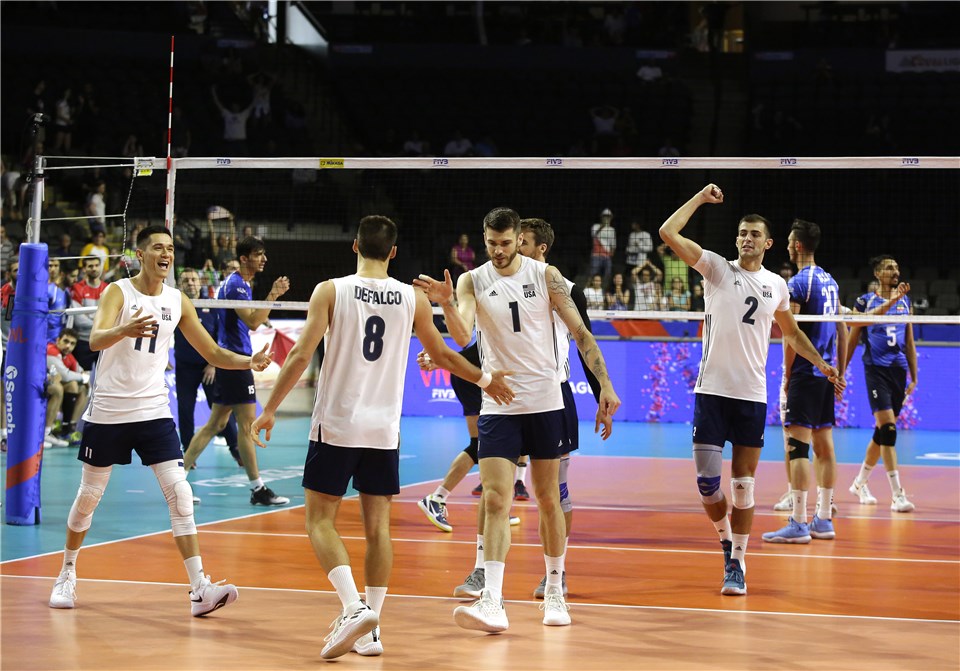 France, which is coincidentally in the top spot after four weeks at 10-2, knows it is in as the host.

At 10-2 after a perfect weekend at home, the United States is just a point behind the French at 29.

Russia (9-3) continued its charge toward the top with its fifth-straight victory, a sweep of Germany.

Brazil suffered its third straight loss in Varna, Bulgaria, falling to the host Bulgarian side in five sets, marking the first time the Brazilians had lost three matches in a row since 2012. Despite the loss, Brazil remains in fourth place in the standings at 8-4.

Serbia and Poland round out the top six, but it was the Serbians who boasted the upper hand on Sunday with a 3-0 victory in Chicago. The Poles, however, boast a three-point edge in the standings (23 points to 20).

Italy dropped to seventh in the standings with a four-set loss to Australia, but are still very much in the thick of the race at 7-5. Canada and Japan stand at 6-6, ranking eighth and ninth respectively.

With the top six teams all boasting eight or more victories, that will be the minimum required to have an outside chance at the Final Six. Germany, Australia and Bulgaria are all 5-7, but realistically are unlikely to win out and have enough help to break through.

Here is a look at the day’s action.

With just one week left of preliminary action, there are still several big matches on the slate.

The USA, France and Russia will all battle each other and Final Six contender Italy in Modena, Italy.

Brazil will look to recover in Melbourne, Australia, after suffering three surprising losses on Week 4. The Brazilians have matches against fourth-place Poland, Australia and Argentina ahead.

Canada and Serbia will look to break into the Top Six while playing each other as well as Japan and host China in Jiangmen.