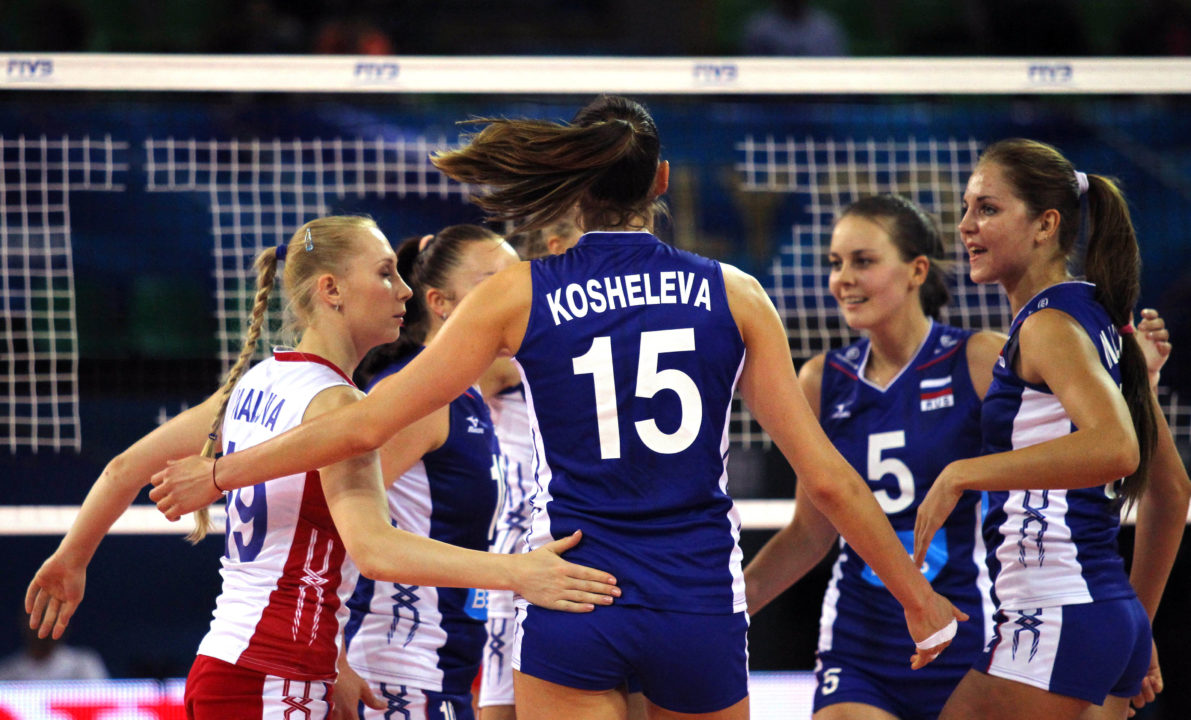 Tatiana Kosheleva’s media antics have a new chapter after yesterday’s elimination at the hands of the Turkish squad. When asked by Russia’s R-Sport about her team’s performance at the tournament, here is what she had to say:

“It’s always difficult to give comments after the defeat, especially when the team is played on all fronts.” In fact, we repeated 2011 – the same game and the same defeat. The team is going through a difficult period: changing the team, changing the head coach. and it’s a great pity that today it did not bring results. On behalf of all players of the national team I want to ask all “knowledgeable” volleyball experts to be tactful and responsible in their statements.“

At lest that was more wordy than what coach Konstantin Ushakov had to say in his official post-match CEV interview:

“I do not have any words and there is nothing I can say about this match.”

Indeed, times are dire for the Russian national team. It greatly underachieved on the Grand Prix and Grand Champions Cup, in addition to comically having fired its coach just hours before Eurovolley. However, the media is not to blame for its struggles. There is not, as Kosheleva stated in the past, a worldwide hate of Russian sports by the international media.

Things will have to be better organized in Russia if its squad hopes for a different performance in 2018 FIVB Volleyball Women’s World Championship.