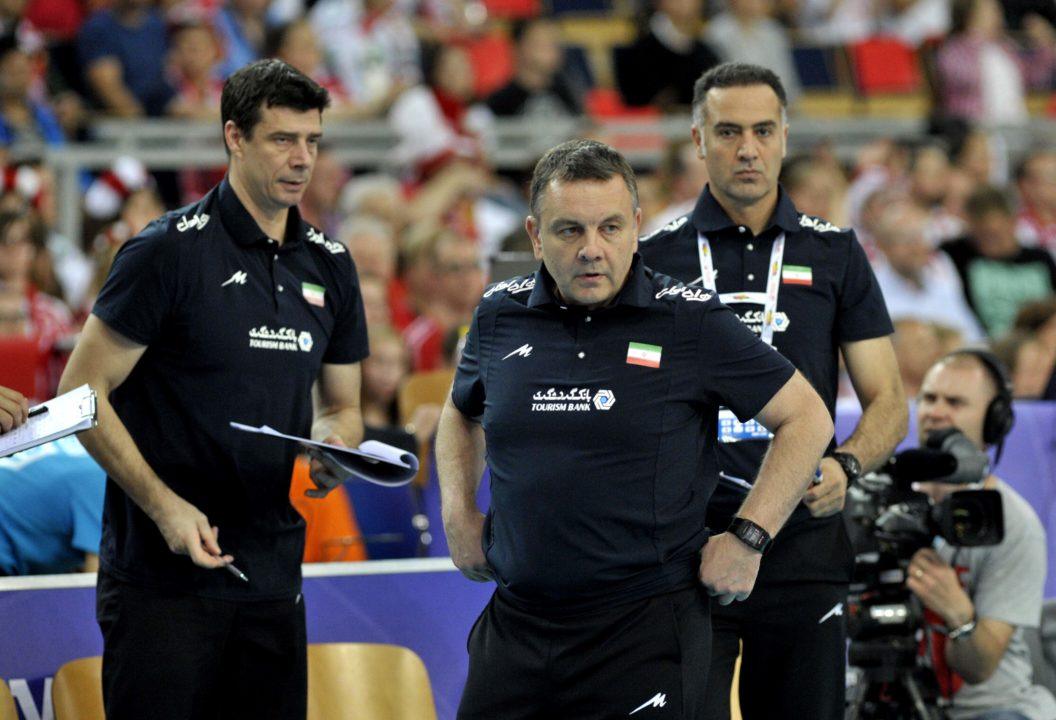 Iranian head coach Igor Kolakovic (foreground) says that Iran is investing a lot of money and have high expectations of their men's volleyball team. Current Photo via FIVB

In spite of a weekend sweep at the hands of the United States, Poland, and Russia that left Iran in 11th place out of 12 teams in the 2017 FIVB World League, new Iranian head coach Igor Kolakovic says that he’s proud to be the coach of the Iranian National Team.

The Montenegro native was announced as the national team’s new head coach in March as the federation seeks to build upon the success of a 5th-place finish in their first-ever Olympic appearance. He was previously the head coach of the Serbian National Team, and took the Iran job after several first choices turned that down, unable to reach agreements with the federation.

Iran finished this year’s World League tournament with a 3-6 record and in 11th place. That’s their lowest finish ever in the World League, though they only made their first appearance in 2013. Iran has never finished better than .500 in World League play.

Kolakovic also says that the country has ambitions to host a major world tournament, such as the Final 4 (Final 6), one day. Those comments come after Iran wouldn’t sell tickets to women of the general public for its hosted pool of this year’s World League, which would be a challenging policy to overcome for the Iranians to win a major hosting vote.

See comments from Kolakovic this weekend in Poland in the video below: